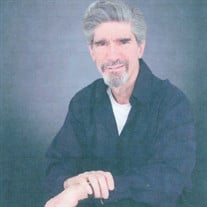 “Dr. William E. Stanclift, of Manassas, VA, a former resident of Merced, CA, died on December 31, 2020 at his home in Manassas, VA. He was born on November 5, 1939 in Taft, CA, to Paul Ward Stanclift and Helen Elaine (Ney) Stanclift. He attended public schools in Taft and Merced, graduating with honors in June 1957, from Merced Union High School. Upon graduation, he became a lifelong member of the California Scholarship Federation. He was an organist for the First Methodist Church of Merced from 1953-1957, and he was a former member of the Bear Creek Grange. Stanclift graduated with a B.S. degree in Chemistry from the University of the Pacific in June of 1961, an M.S. degree in Inorganic Chemistry from Oregon State University in 1963, and he earned a PhD in Inorganic Chemistry from Ohio University in 1972. Except for a brief period in industry, his professional career spanned 50years of teaching college chemistry. At his death, he was Emeritus Professor of Chemistry at the Annandale Campus of Northern Virginia Community College, where he taught for 30 years. Dr. Stanclift was an emeritus member of the American Chemical Society, which he joined in 1961. He was a member of Alpha Chi Sigma, a chemistry fraternity, and of Phi Mu Alpha Sinfonia, a music fraternity. He belonged to the American Association of Retired Persons. For 20 years, he served as an organist for the Metropolitan Community Church of Washington, DC, where he also sang bass in the church’s Sanctuary Choir. Dr. Stanclift is survived by his brother, James R. Stanclift, of San Jose, CA; a niece Krista Salerno, of Rocklin, CA; a nephew, Paul L. Carlson of Roseville, CA; as well as several cousins

The family of William Everett Stanclift created this Life Tributes page to make it easy to share your memories.

Send flowers to the Stanclift family.