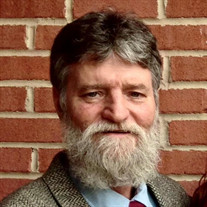 William Paul Linton II, 62, of Manassas, VA received his new body on Saturday, March 6, 2021. He is walking and running all over Heaven with Jesus now. He was born on December 2, 1958 in Hopewell, VA as the oldest son of William Paul Linton (deceased) and Peggy N. Linton of Prince George, VA. He is survived by his wife, Denise Lough Linton who he married in June 1987. On January 2020, he became paralyzed due to a car accident and has been significantly struggling with his disability since. He would often say “I still have the faith. Keep the faith” He kept his faith until his last breath. Paul is survived by his son, William Paul Linton III, of Centreville, VA and daughter, Jean Marie Linton, of Pleasant Plain, Ohio. He is also survived by his siblings: Sydney Linton, of California, Kenneth Linton, of Prince George, VA and Terry Linton (Tammy) of Chester, VA. Nephews and niece surviving are Jonathan (Kayleigh) Lough, Connor Linton, Jared Lough and Cameron MacKenzie. In addition, surviving is Paul’s mother-in-law, Juanita Lough of Salem, WV and brother-in-law, Robert Lough (Melanie) of Mt. Clare, WV. He is also survived by several uncles, aunts and cousins. Paul was a 1977 graduate of Prince George High School, Prince George VA. He graduated from Richmond Technical School in June 1987 as a certified/licensed electrician and ECPI in 1990 with a degree in computer technology. He worked as a licensed electrician for over 32 years. He was employed with Midland Electric Company at the time of the accident. He was a member of the Local IBEW 26 Union. Paul was a member of the Manassas Church of Christ in Manassas, VA. The family wants to express their sincere appreciation to Paul’s caregivers provided by Nest & Care, LA Gentle Care Providers, Montgomery Hospice (MD) and Potomac Valley Rehab and Health Care Center for the care they gave to him with love and compassion during the last 8 months. For providing prayers and spiritual strength to Paul, by phone, for the past 4 months, the family would like to express their thankfulness to the following gentlemen and naming them Honorary Pallbearers: Barry Bryson, James Redic, David Binkley, Mickey Yost, Steve Gaudreau, Dave Bobbitt, and Richard Cox. Also, the family wants to acknowledge their appreciation to the congregation of the Saturn Road Church of Christ in Garland, TX for their abundant expression of love and support they gave to Paul and his family during his two month hospital stay. Blessed is the man who perseveres under trial, because when he has stood the test, he will receive the crown of life that God has promised to those who love Him. James 1:12 And the God of all grace, who called you to His eternal glory in Christ, after you have suffered a little while, will Himself restore you and make you strong, firm and steadfast, to Him be the power forever and ever. Amen. I Peter 5:10 FIGHT a good fight. FINISH the race. KEEP the faith. II Timothy 4:7 Visitation will be held at Manassas Church of Christ, 8110 Signal Hill Rd. Manassas, VA 20110 on Thursday, March 11, 2021 from 1 PM until time of service at 3 PM. Social distancing and wearing masks will be required during the visitation and service at the church. The service will also be live streamed and viewable at manassaschurch.org Burial will be private. In lieu of flowers, the family requests that donations be made to Camp WAMAVA at www.wamava.com/donate or mail donations to PO Box 6264, Columbia, MD 21045

William Paul Linton II, 62, of Manassas, VA received his new body on Saturday, March 6, 2021. He is walking and running all over Heaven with Jesus now. He was born on December 2, 1958 in Hopewell, VA as the oldest son of William Paul Linton... View Obituary & Service Information

The family of William Paul Linton II created this Life Tributes page to make it easy to share your memories.

Send flowers to the Linton family.