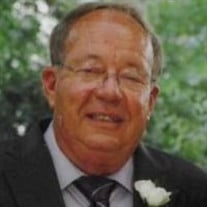 Walter H. Porter, 79, died unexpectedly on December 1, 2021, at his home in Gainesville, Virginia. Mr. Porter was born on March 8, 1942, in Austinville, Virginia, to Walter and Myrtle Porter (Shepherd). Walter graduated from high school and joined the Navy serving for 4 years during the Cuban Missile Crisis. After an honorable discharge, Walter joined the Fairfax County Police Department where he proudly served for over 20 years before retiring. He went on to become a truant officer, continuing in a law enforcement role, with the Fairfax County Public Schools. Walter enjoyed nothing more than fishing, hunting, days on his boat in the bay, and spending time outside with his son and grandsons. If he was not out fishing on the boat or on the pier, he could be found supporting his grandson playing baseball and the Washington Nationals Baseball Team. Sometimes doing both at the same time. He is survived by his wife of 50 years, Joann Porter (Dolinger) of Gainesville, VA; daughter, Kelly Wheatley; son, Vincent (Nickole) Porter; grandsons Cole and Mason Porter; brother, BB Porter; and several nieces and nephews. Visitation for Walter will occur on Monday, December 6th, from 5-7pm at Pierces Funeral Home in Manassas, VA. Family burial at Stonewall Memorial Gardens. 12004 Lee Highway-Manassas, VA 20109 at 10:00 AM Tuesday, December 7, 2021. In lieu of flowers donations may be made to the Fairfax County Retiree Police Association, 5625 Revercomb Ct., Fairfax, VA 22030.

The family of Walter H. Porter created this Life Tributes page to make it easy to share your memories.

Send flowers to the Porter family.