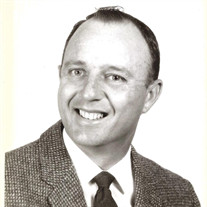 Thomas Paul Rollins passed away at the age of 94 on August 22, 2021 at INOVA Loudoun Hospital. He was born on July 23, 1927 to Joseph L. and Caroline A. (Vogel) Rollins, the youngest of nine children. He is survived by his wife of 69 years, Vera Rose (Merchant), his three sons, Thomas Paul, JR and wife Diana, of Bristow, Virginia, Lawrence Douglas and wife Carla, of Nokesville, Virginia, John Anthony and wife Sheila, of Atlanta, Georgia and a daughter, Susan Carol , and husband John Stogoski, of Ashburn, Virginia, twelve grandchildren, and four great-grandchildren. Paul was born and lived most of his life in Bristow, Virginia. He graduated from Nokesville High School, and was inducted into the army at the end of World War II, where he was trained in the medical corps. His occupation was USPS rural letter carrier in Bristow and Nokesville where he delivered mail for the community for over 30 years. He was an avid sports fan; he played baseball on the local Nokesville VFD team, the Bluebirds, in the 1940s. His other varied interests include, hunting, fishing, taxidermy, gardening, bee-keeping and wood-working. Paul was a lifelong member of All Saints Catholic Church in Manassas, Virginia. He was a beloved husband, father, grandfather and member of the community. He will be sorely missed and lovingly remembered. His family is consoled knowing that he is now in paradise, with his Lord, Jesus Christ. There, he has been reunited with his family and friends who have gone before him. A visitation will be held on Thursday, September 2, 2021, from 6-8 pm, at Pierce Funeral Home, located at 9609 Center Street, Manassas, Virginia. A funeral mass will be held at All Saints Catholic Church, 9600 Stonewall Road, Manassas, Virginia on Friday, September 3, 2021. Interment will follow at the City of Manassas Cemetery on Center Street, Manassas, Virginia.

Thomas Paul Rollins passed away at the age of 94 on August 22, 2021 at INOVA Loudoun Hospital. He was born on July 23, 1927 to Joseph L. and Caroline A. (Vogel) Rollins, the youngest of nine children. He is survived by his wife of 69 years,... View Obituary & Service Information

The family of Thomas Paul Rollins created this Life Tributes page to make it easy to share your memories.

Send flowers to the Rollins family.