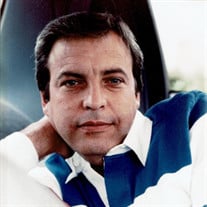 Ronald Amos Carreiro Sr., age 77, passed away at his Nokesville, VA residence early Tuesday morning, June 7th, 2022. His last wish was honored as he peacefully passed at home surrounded by family. He was born on March 21st, 1945, in Fall River, Massachusetts to the late Amos and Marie (Furtado) Carreiro and raised in Tiverton, Rhode Island. He is survived by his loving wife of 32 years, Betty (Skrobialowski) Carreiro, his sons Ronald (Rona), Randall, Russell, Rodney, and his favorite daughter Rebecca (Craig), his eight grandchildren and one great grandchild. He is also survived by his brother Robert ‘Bob’ (Martha), his sister Cynthia (Carreiro) Koniecki, his nine nieces and two nephews. Ronald was preceded in death by his beloved nephew and niece Bobby and Kerri, and grandson Mike. Ronald was a proud US Army Vietnam War veteran. During his 22 years of service, he served two tours of duty and was awarded a Bronze Star and The Legion of Merit. After his military retirement he concluded his 20 years of civilian service at the Department of Defense. He was an avid racing fan and enjoyed racing his Legend cars at Old Dominion Speedway. Racing brought meaningful connections throughout his childhood that translated to some of his and his family's greatest memories they built together. A visitation will be held for family and friends on Tuesday, June 14th, 2022, from 7:00-9:00 PM at Pierce Funeral Home, 9609 Center Street, Manassas, VA 20110. Burial with Military Honors will be held at a later date at Arlington National Cemetery. In lieu of flowers, donations can be made to the National Multiple Sclerosis Society.

The family of Ronald Amos Carreiro Sr. created this Life Tributes page to make it easy to share your memories.

Ronald Amos Carreiro Sr., age 77, passed away at his Nokesville,...

Send flowers to the Carreiro family.