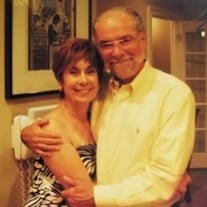 We are sad to announce the passing of our beloved Ronald Blackburn-Moreno. Blackburn-Moreno served as President and CEO of the ASPIRA Association since 1994 and was committed to promoting the socioeconomic progress of the Puerto Rican/Latino community through education, leadership development and advocacy. Preceding his work at ASPIRA, Blackburn worked at the College Board and the Quality Education for the Minorities Network in Washington, DC. He previously served as Assistant to the President of the Ana G. Méndez University, as Director of Development at the University of Puerto Rico System, Associate Dean of Academic Affairs at Inter American University, and taught Political Science at Catholic University of P.R. Ron contributed to a number of other organizations and corporations, including being the former Chair of the National Hispanic Leadership Agenda (NHLA), former Chair and Treasurer of the Board of the Hispanic Association on Corporate Responsibility (HACR), and member of the National Puerto Rican Coalition. He also served on the Wal-Mart External Advisory Board, the Coca Cola Council on Corporate School Partnerships, the NewsCorp/Fox Entertainment Advisory Board, and the Financial Services Roundtable Retirement Security Advisory Board, The Home Depot Advisory Board, the Puerto Rican Studies Advisory Board at Hunter College, and the President’s Advisory Board on Science Engineering and Health at the Ana G. Mendez University System. Ron is survived by his loving wife of 30 years, Evelyn, his daughter, Laura Blackburn (sp. Pablo Inca), four sons: Jan Blackburn, Gabriel Blackburn (sp. Julie Zeng), Peter Davila (sp. Trish Davila), Rich Davila (sp. Susan Dunsworth), 2 granddaughters, 7 grandsons, a great grandson, his sister, Marguerite, his nieces and nephews and the other members of his extended family. A memorial service will be held on Thursday, November 11th at 6pm at the Immanuel Church on the Hill in Alexandria, Virginia. In lieu of flowers, the family request donations be made to the Ronald Blackburn-Moreno Scholarship Fund, through the Aspira Association. https://aspira.org

We are sad to announce the passing of our beloved Ronald Blackburn-Moreno. Blackburn-Moreno served as President and CEO of the ASPIRA Association since 1994 and was committed to promoting the socioeconomic progress of the Puerto Rican/Latino... View Obituary & Service Information

The family of Ronald Blackburn-Moreno created this Life Tributes page to make it easy to share your memories.

We are sad to announce the passing of our beloved Ronald Blackburn-Moreno....

Send flowers to the Blackburn-Moreno family.