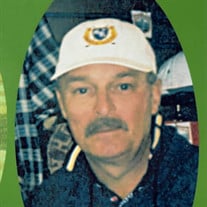 Robert “Bob” Earl Robinson, 76, died in Culpeper, Virginia on January 28, 2022. He was born on November 11, 1945, in Arlington, Virginia to the late Oswald Anthony Robinson and Blanche Eula Robinson. He graduated from WT Woodson High School in Fairfax in 1965. While in high school, he was a standout player on both the baseball and golf teams. After high school, Bob held a successful career as a lumber and millwork salesman. His love of people made him a natural leader. Bob’s true passion was golf and he spent most of his free time playing. He was an integral part of the staff that built South Riding Golf Course in Pleasant Valley, Virginia. While there, Bob formed relationships that became a special part of his life. He leaves behind his children, Kathrine Kadlec-Weir (Dwight), Kelly Robinson Richardson (Richard) and Thomas “TC” Robinson (Jennifer); his grandchildren, Brady Richardson, Jack Robinson, Devon Richardson, Isabella Kadlec, and Brett Richardson; his brothers, Jerry Robinson (Susan), Eddie Robinson, and Kenneth Robinson (Meg); his uncles, Caroll “Goose” Altizer and Tommy Altizer; several nieces, nephews, cousins, and many friends. He is also survived by his former wife and mother of his children, Judy Jones, and former partner, Mary Vaughan, both of whom were extremely important in his life. A Celebration of Life will be held on Tuesday, February 8th, 2022, 11am at Pierce Funeral Home and Cremation Services, 9609 Center Street, Manassas, VA. Flowers are welcome and contributions in Bob’s honor may be sent to: Platoon 22 P.O. Box 3091 Frederick, Maryland 21701

The family of Robert Earl Robinson created this Life Tributes page to make it easy to share your memories.

Send flowers to the Robinson family.