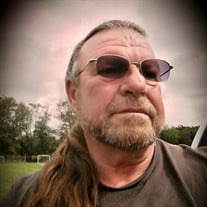 Richard James Ducote 64, of Haymarket Virginia, formerly of Hessmer Louisiana, went to his heavenly home joining his father, mother, and brother, on Sunday February 7, 2021, at Novant/UVA of Manassas Virginia. Mr. Ducote was born on January 23, 1957 to Wilfred Anthony Ducote Sr., and Dorothy Lachney Ducote of Hessmer, Louisiana. Richard attended Hessmer High School in Hessmer, Louisiana. He then started his career at Angola State Prison in Louisiana. After he completed Drafting Degree at Vocational Technical School in Alexandrea Louisiana, he moved to Virginia to start his career as a draftsman at engineering firm and in the Intierial Designs field at Northern Virginia. Richard stayed and flourished as a designer of cabinets for about 15 years until his retirement. Richard met and married the love of his life in the early 90’s. Richard and Jing Yang married in early 1991. Richard enjoyed spending his time fishing, and spending quality time with his wife, and their two birds “Peppy”, the first one, and “Willy” after the first one passed away. Richard was known as always willing to share his latest and funniest jokes with his family and friends. One of his goals in life was to make sure you remembered him for his contagious and memorial laugh. Richard was a kind hearted man, and well as continuing his life as a humble and faithful husband, brother, father, and uncle. Preceded in death are his father, Wilfred Anthony Ducote Sr., and Dorothy Lee Lachney Ducote. As well as his brother Wilfred Anthony Ducote Jr., “Bill”. Richard is survived by his loving and caring wife Jing Yang of 30 years. One son, Shannon Ducote of Alexandria, Louisiana. One daughter, Shonie Ducote of Mansura, Louisiana. Also surviving Richard is his sister Judy ( Bobby) Cazelot of Hessmer, Louisiana, two brothers, Michael (Beverly) Ducote of 5th Ward Louisiana, Rodney (Brenda) of Crosby Texas. Richard is also survived by numerous nieces and nephews in Louisiana and Virginia. A private service for Richard will be held on Monday, February 15, 2021 at 10:00 AM at Pierce Funeral Home. The service will be live streamed for friends and available on his obituary on the funeral home website. https://www.tributeslides.com/tributes/show/K3BMM3Y54MZX4D5B

The family of Richard James Ducote created this Life Tributes page to make it easy to share your memories.

Send flowers to the Ducote family.