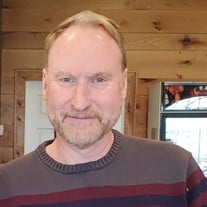 Philip Andrew McDaniel, 60, of Dumfries, Virginia, passed away on June 13, 2021. Philip was born in North Carolina on May 26, 1961, to John and Annie McDaniel. Philip was a senior program manager supporting Federal Government agencies for AT&T. He was passionate about his work supporting Federal Government agencies, and was known for his customer service that was second to none. He received multiple commendations from his customers for his dedication and outstanding work in support of their missions, and accolades from AT&T leadership and teammates for his excellence in customer service. In the course of his employment with AT&T, Philip made a multitude of friends throughout the company. He was known as someone they could count on not just for his extensive knowledge which he readily shared, but for always sharing a laugh or two as well. Philip used to always say “I am just a phone call away” and really meant it – he was there for his customers and his teammates, no matter what day or time it was. Philip was known for his thoughtfulness and generosity at work, always being the first to offer to help others in time of need or loss. Philip enjoyed weekend trips to wineries, where he would always collect the wine tasting glasses. He could never have too many. One of his favorite getaway spots was Williamsburg and spending most the time at Busch Gardens… For the wine. He had made some lasting friendships with the Wine Ambassadors there, as well as the employees at Busch Gardens. Philip is survived by his daughters, Aryn McDaniel and Megan McDaniel (Husband, Geoffrey Bobsin, Jr.); Partner, Michael Horton; Mother, Annie McDaniel; Brothers Steve McDaniel (Wife, Tanya), Tim McDaniel (Wife, Susan); Sister, Debbie Norman (Husband, Jeff); and Former Wife, Jody McDaniel. A visitation will be held for Philip from 10:00 AM until 12:00 PM on Thursday, June 17, 2021, at Pierce Funeral Home, 9609 Center Street, Manassas, Virginia 20110. A celebration of life will be held for Philip at a later date, to be determined. Condolences may be sent to: www.piercefh.com

Philip Andrew McDaniel, 60, of Dumfries, Virginia, passed away on June 13, 2021. Philip was born in North Carolina on May 26, 1961, to John and Annie McDaniel. Philip was a senior program manager supporting Federal Government agencies for... View Obituary & Service Information

The family of Philip Andrew McDaniel created this Life Tributes page to make it easy to share your memories.

Send flowers to the McDaniel family.