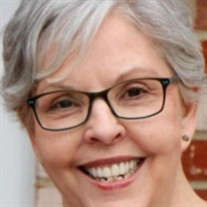 Mary Elizabeth “Molly” Shoemaker March 27, 1941 - May 21, 2022 Mary Elizabeth “Molly” Shoemaker went home to be with her Heavenly Father on Saturday, May 21, 2022 at approximately 10:30 a.m. Eastern time. She passed away from cancer. Born in Kansas City, Missouri as the youngest of three daughters, she grew up in Wauwatosa, Wisconsin, a neighborhood in Milwaukee. A shy girl, she loved babysitting and kittens as she grew up attending an all-girls Catholic school, Saint Bernard’s. Upon graduation from Divine Savior High School she went to secretarial school, where she learned to take dictation in shorthand and type more quickly than most others could. On one fateful night, at the age of 20, she and two of her best friends traveled to the Great Lakes Naval Base for a dance. Molly loved to tell the story of the moment that they walked into what they thought was the Officer’s Club. A smooth-talking, handsome young man with a uniform and a southern accent approached declaring, “There’s plenty of room at our table, ladies. Right this way!” She realized later that it had actually been the Enlisted Club, but clearly she was in the right place. She and Jim married approximately a year later, and in nine months welcomed their first child, Pamela Marie, with Timothy Edward and Vicki Ann soon joining the family. Molly and Jim raised their family of five in two homes: first in a townhome in Manassas, Virginia, and later in a larger single-family home that they built from scratch on the outskirts of Brentsville, Virginia. Molly loved to play on her weekly bowling league, and was a devout Catholic all of her life. She worked for many years in law offices throughout the northern VA area as a legal secretary, and was honored with the “Enduring Heart Award” from 2001 for more than ten years of exemplary volunteer service by her appreciative colleagues at CASA (Court Appointed Special Advocates). Her lifelong devotion to helping those less fortunate, and in particular vulnerable children in Prince William County impacted by abuse or neglect, spoke to her huge compassion and willingness to go the extra mile to put her faith into action. Following Jim’s end of life in 2003, Molly moved from the Brentsville family home where they’d lived from 1971-2004 to the burgeoning Heritage Hunt community in Gainesville VA. This was in its earliest years, so she was able to choose the patch of dirt where her final home would be built, as well as its layout and amenities. Carefully selecting a locale with a view of the beautiful pond across the street, she walked that pond almost every day for most of the rest of her life, talking with neighbors and establishing many strong friendships there. An active member of the Heritage Hunt community, she loved participating in a wide variety of groups from line dancing and bunco groups to women’s Bible studies and a social group called The Sunset Club. She took many trips with neighborhood friends over the years, and her Heritage Hunt friends and neighbors became incredibly important to Molly. They were a huge support, particularly over the last year, during her illness—for which her family is deeply appreciative. Molly Shoemaker is preceded in death by her beloved husband of 42 years, James Robert Shoemaker, Jr., and by her loving parents Edward Matthew Donnelly and Thelma Rice Donnelly. She leaves behind three adoring children: Dr. Pamela Marie Donnelly, Timothy Edward Shoemaker, and Vicki Shoemaker Cloud. She also leaves her legacy of eight grateful grandchildren: Hannah Rene’ Shaw, Jeremy Daniel Maestri, Rebecca Marie Maestri, Thor Timothy Shoemaker, Lyra Dawn Shoemaker, Lily Marie Berthold, Arielle Elizabeth Shoemaker, and Annabel Rose Berthold, as well as three great-daughters: Emily Brooke Matthews Maestri, Kearstin Leigh Shoemaker, and Chanel Dawn Shoemaker. She will be dearly missed by her two big sisters, the close-knit “Donnelly girls”: Ann Whaley of Lake Junaluska, NC, and Susan Berry of San Jose, CA, as well as her many nieces and nephews.

The family of Molly E. Shoemaker created this Life Tributes page to make it easy to share your memories.

Send flowers to the Shoemaker family.