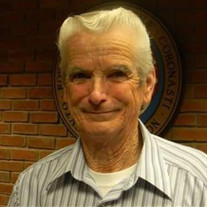 MICKEY RAY CUNDIFF Mickey Ray Cundiff, age 73, of Fredericksburg, VA passed away peacefully on December 14, 2021. He was born on July 22, 1948 in Kanawha County, WV to the late Earl Emmanuel Cundiff, Sr. and the late Emma Macil (Pring, Cundiff) Reedy. Mickey lived a full life dedicated to his family and his career. He never met a stranger! He loved his family in a fun way! If he wasn’t telling a story, laughing, or picking on you, you were missing out. He was seldom seen without a cigarette and a Pepsi. He told the silliest stories; which you knew were going to be good; as he started them off by laughing before he could get the words out. That laugh will be missed~ Mickey graduated from Fairfax High School and began working for Fairfax County Government. He then began his career with Prince William County Government as a Maintenance Mechanic where he worked at many locations. His proudest opportunity was at the Prince William County Courthouse. He made an impression on many co-workers and retired after nearly 28 years of service. After retirement he spent most of his days working around the house with his nephew/best friend Cliff. He made daily trips around town in his Chevy truck just to spoil his favorite fur girls “Sugar and Lu-Lu” with treats of Burger King chicken nuggets. His hobbies included fishing, collecting coins, purchasing tools (he always seemed to have an extra one to give away if you needed it), collecting pocket knives, and saving the many cards he received from his children. He entertained any opportunity to watch a Western and extended an open seat to watch the newest movie he received on DVD. You had to pick as he could never decide which one to watch. Most of all he loved spending time on the phone, Facetime, and in person with his ever growing family! Heaven got a good one and he will be forever missed~ Mickey was preceded in death by his parents, his sisters Earla Elaine Cundiff and Patricia Paul and his grandson Logan Cundiff. Survivors include his children: Valerie Luevano (Javier), Palmyra, VA; Jennifer Cundiff, Catonsville, MD; Stephanie Horan (Kevin), Spotsylvania, VA; Pamela Simpers (Billy), Aberdeen, MD; Christopher Cundiff (Stacy), Baltimore, MD; Timothy Cundiff (Katie), Edgewood, MD, Zachary Russell, Edgewood, MD. The Oscar to his Grouch, Nephew, and best friend Clifford Paul, Jr., His sisters Gloria Walker (Quinton), Sue Paulson and brother Earl Cundiff, Jr., former daughter-in-law Brittany Cundiff, and life love Barbara (Wilson, Cundiff) Rash. He was proud of and blessed with 22 grandchildren; Marcus & Victoria Luevano; Myckel & Weslee Richmond; Destini Crook; Blair, Raven, Abigail, Taylor & Shane Horan; William & Aaliyah Brandi; Justin Simpers; Bobbie-Rae & Matthew Jones; Logan, Joseph, Hannah & Christopher Cundiff, Jr.; Thomas, Caleb & Aiden Cundiff. And 8 great grandchildren; Luna Richmond, Weslee Richmond, Jr, Carmen Horan, Maleah Seabron, Noah Prall, Keaton Erline, Jayden Jones & Jesse Wiley. Service will be held on Saturday, January 8, 2022 at Pierce Funeral Home in Manassas, VA. Visitation 12:00pm-1:00pm, Service at 1:00pm, Interment to follow at Stonewall Memory Gardens. Reception to follow at American Legion Post 10 in Manassas. The family would like to give special thanks to Prince William County Sheriffs Office. In lieu of flowers donations can be made to American Legion and Virginia Miniature Pincher Rescue.

The family of Mickey Ray Cundiff created this Life Tributes page to make it easy to share your memories.

Send flowers to the Cundiff family.