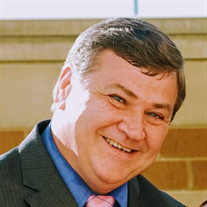 Our beloved husband and father, Michael John Brech, affectionately known as “Papa”, departed this life on December 24th, 2021. Michael was born on September 26, 1964, in Staten Island, NY. He was the loving son of Milton James and Mary Frances Brech. When Michael was 13 the family relocated to Vienna, VA. It was here that Michael attended and graduated from James Madison High School in 1982. Michael was a huge car enthusiast. He began working on cars as early as 14, building race cars and working as a mechanic. This largely contributed to over 30 years in the automotive industry. He was an avid golfer; you could often find him out on the course on a sunny weekend. He loved to tinker around in the garage and had an amazing talent for fixing anything. Michael was charismatic and knew everyone. He loved being out and seeing everyone. He cherished being a member of the American Legion Post 10 and made many friendships over the years. He was an amazing friend and a great person to have in your corner. Above all else, Michael’s biggest love in his life was his family. He was a very vital part of his wife, children, and grandchildren’s life. There wasn’t a day that went by that he didn’t call or show his love. He was always taking care of everyone around him and making sure they were having an amazing time. Michael was preceded in death by his parents, Milton James Brech and Mary Frances Brech. He is survived by his wife Sibylla Brech, daughter Katrina Bryant (Charles Bryant), grandchildren Parker Bryant and Charley Bryant. Siblings: Jim Brech (Teresa), Eileen Brech Strike-Diaz, Thomas Brech, Maureen Bennett (Dennis), Jean Brech, Stephen Brech (Sandy), Nancy Moneymaker (Robert). Nieces and Nephews: Kimberly Brech, Crystal Brech Moore, Nicole Brech Vilaplana, Linda Strike Frye, John Strike, Thomas Brech, Kayla Bennett, Joseph Bennett, Matthew Bennett, Johnathan Hunsberger, Meghan Brech, Alexis Moneymaker, and Bailey Moneymaker. Michael’s wish was to have a life celebration and his family will hold this at a later date. In lieu of flowers, Michael wish to have donations made to St. Jude Children’s Hospital. Donations can be made at www.stjude.org.

Our beloved husband and father, Michael John Brech, affectionately known as &#8220;Papa&#8221;, departed this life on December 24th, 2021. Michael was born on September 26, 1964, in Staten Island, NY. He was the loving son of Milton James and... View Obituary & Service Information

The family of Michael John Brech created this Life Tributes page to make it easy to share your memories.

Send flowers to the Brech family.