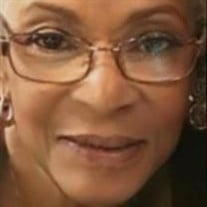 If you know anything regarding history, then it’s probable you also know the significance of the year 1941. The year 1941 consisted of a series of extensive unfortunate events on the world stage, but Mary Ella Sorrell’s special debut on February 6th was most certainly not one of them. It is now 2021 and Mary who lived 80 memorable years, is no longer with us, as she peacefully passed away on October 4th after an intense and grueling year-long battle with Stage 4 esophageal cancer. Mary was born in Danville, Illinois to Ernest and Roxy Sorrell, and she was the sixth of eight children. At the age of 19 in 1960, Mary married the love of her life, Edward Roebuck Jr., and she began the newest chapter of her life journey as Mrs. Mary Ella Roebuck. Mary’s support of her husband’s military career was unconditional and tenured for 26 years, which included adventures all over the world: France, Taiwan, Hawaii, Germany, and stateside assignments to Ft. Monmouth, NJ (4 tours), Ft. Huachucha, AZ (3 tours), Ft. Sill, OK, Dallas, TX, and White Sands, NM. Mary also embarked her career as a homemaker, switchboard telephone operator, and had a 30-year civil service career with the U.S. Department of Defense. Mary received numerous awards and commendations for her service, including the Meritorious Civil Servant Award. Mary retired in 2014 and settled in Bristow, Virginia. Mary was a loving and devoted wife, mother, grandmother, great-grandmother, sister, aunt, and friend. Mary is survived by her husband, Edward Roebuck Jr. of 61 years, her two children: Brian Keith Roebuck, Sr. (Deliea Franks Roebuck) and Pascale Anique Roebuck; Mary’s grandchildren: Brian Keith Roebuck, Jr., Michael Anthony Roebuck, Sean Edward Roebuck, Dominic Michael Roebuck, Joshua Wade Roebuck, and Isabella Noelle Roebuck; Mary’s great-grandchildren: Alexis Trinity Roebuck, Oliva Rose Caruso, and Brian Keith Roebuck III; Mary’s sisters: Sarah Norwood, Ernestine Darnell, Evelyn Anderson, and Kathleen Anderson. Mary enjoyed a happy and full life. Her hobbies included roller-skating, bowling, trivia, scrabble, movies, travelling, and pampering herself. Mary was faithfully committed to her weekly movie matinee and spa day every Saturday, which she maintained even after her cancer diagnosis and chemo treatments; however, Mary enjoyed time with her family and friends more than anything. During her retirement, Mary found a home church at Chapel Springs, and she is now singing with the angels in her heavenly home.

If you know anything regarding history, then it&#8217;s probable you also know the significance of the year 1941. The year 1941 consisted of a series of extensive unfortunate events on the world stage, but Mary Ella Sorrell&#8217;s special debut... View Obituary & Service Information

The family of Mary Ella Roebuck created this Life Tributes page to make it easy to share your memories.

If you know anything regarding history, then it’s probable you...

Send flowers to the Roebuck family.