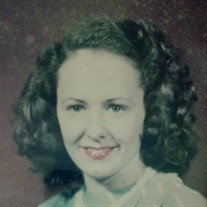 Laughter and warmth when family and friends gather. So precious are these times we have together! “We grieve, but not as those who have no hope.” 1 Thessalonians 4:13b On January 13, 2021, Mary Christeene Smith Rettman, age 96, of Gainesville, Virginia passed peacefully at the old home place where she was born. One of eight children, Teene, as her siblings called her, was born at home in Gainesville, Virginia on February 2, 1924, the daughter of the late Andrew Jackson Smith and Mary Elizabeth Fletcher Smith Botts and step-father Thomas Cornelius Botts. Teene was raised on her family’s farm where she learned responsibility, deep love of God and family, values of honesty, hard work, and helping others that stayed with her throughout her life. After graduating from Haymarket High School, she worked for the British Embassy in Washington, D.C. as a secretary. At a USO Dance in Washington, D.C., Chris met Johnny and they were married on July 6, 1946 in the old Gainesville United Methodist Church. As newlyweds Chris and Johnny moved to Erie, Pennsylvania, where she worked for General Electric until the birth of their first child Deborah. After five years they moved back to Gainesville, Virginia. Chris and Johnny raised Deborah, Joanne, and Sandra on the old home place. Once all the girls were in school, Chris worked various part time jobs. She was a talented seamstress sewing clothing, curtains, and upholstered furniture for a time. Then in 1972 she started driving a school bus for Prince William County, she continued to drive long after her girls where grown and married. Happily, she welcomed three son-in-laws into the family, David, John, and Lee. Spoiled seven grandchildren and ten great grandchildren. Enjoyed the company of relatives near and far, wonderful neighbors, and great friends. Chris and Johnny were lovingly devoted to each other for 72 years. Chris thoroughly enjoyed her life on the old home place, tending to her chickens and savoring the taste of those fresh eggs. She enjoyed cooking and baking and many a fine meals was prepared lovingly for her family and friends. And she loved her chocolate chip cookies and tea every morning before breakfast! Most of all Chris loved and cherished her family instilling in them the values with which she was raised. Values that live on in her family. There are some things that never, ever leave us. A mother’s love is one of them. Her love will be with us in spirit and in our hearts forever. Chris departs this earth to be with all the loved ones that have gone before and who are welcoming her home with open arms. She is survived by her children Deborah Mary Compton (David), John R. Kipp, Sandra R. Cunningham (Lee), her grandchildren Artemus Kipp (Amy), Levi Kipp (Jenny), Chloe Kipp Knight (Joe), Claudia Compton Sullivan (Tim), Corinne Compton (Scott), Carisa Compton Clifford (Rusty), her great grandchildren Carley Levell (Curtis), Corey Compton, Zoe Kipp, Aidan Kipp, Owen Kipp, Declan Kipp, Garrick Kipp, Joanne Knight, Pandora Knight, Dracon Knight, and Camille Clifford, sister Sarah Elizabeth Smith Ait, and the many great neighbors, friends, and relatives. She was preceded in death by her husband John Edward Rettman , daughter Joanne Christine Rettman Kipp, granddaughter Casie Nicole Compton, her parents, Andrew Jackson Smith and Mary Elizabeth Fletcher Smith Botts, step-father Thomas Cornelius Botts, her siblings Andrew “Buster” Smith, Artemus “Buddy” Smith, Curtis “Donald” Smith, Anna Doris Smith Bennett, Marion Smith Jones, and Wade “Calvin” Smith. Burial will be a private family graveside service on January 26, 2021 at Sudley United Methodist Church Cemetery, 5308 Sudley Road, Manassas, Virginia with Rev John Patterson officiating. A Celebration of Life will be held at a later date, post COVID, when we all can once again gather together. The family would like to thank AmericCare Plus of Orange County and the caregivers, Susan, Shelia, Faye, Sandy and Staffing Coordinator, Mitzi, for their loving devotion and excellent care of our Mom. THANK YOU!

Laughter and warmth when family and friends gather. So precious are these times we have together! &#8220;We grieve, but not as those who have no hope.&#8221; 1 Thessalonians 4:13b On January 13, 2021, Mary Christeene Smith Rettman, age 96,... View Obituary & Service Information

The family of Mary C. Rettman created this Life Tributes page to make it easy to share your memories.

Laughter and warmth when family and friends gather. So precious...

Send flowers to the Rettman family.