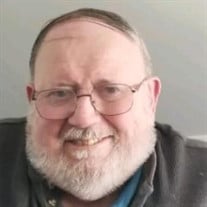 Malcolm Randall (Randy) Fobes II, age 79, passed away Tuesday, October 26, 2021, at UVA Prince William Medical Center following a series of rapid health complications. He was born in Northampton, Massachusetts on May 16, 1942, the oldest son of Malcolm Randall Fobes and Elizabeth Fischer Fobes. His brothers, Peter Fobes, Paul Fobes and son Christopher Fobes pre-deceased him. Randy is survived by his wife Betsie (Smith) Fobes, of Manassas; his children, Laura Fobes (Damien King) of Manassas, Michael Fobes (Beth) of Warrenton, and Malcolm Randall Fobes III (Levon) of Atherton, California. He leaves 8 grandchildren: Courtney, Drew, Mackenzie Reagan, Mackenzie Rae, Kaitlyn, Chase, Olivia and Luna. Randy was pre-deceased by his dogs Misty, Smitty, Stoney, Perri, and Jackson. He leaves Cali and Timmy. Randy grew up in Cockeysville, Md, and graduated from Towson High School (1960). He went to the University of Maryland College Park and graduated in 1964 with a degree in Government and Politics. He remained a lifelong Terp fan, not missing an opening football game in Byrd Stadium until he was well into his 70s. He was equally passionate about UMD basketball and lacrosse. Randy’s grandpa name became “Terp” when his oldest grandchild Courtney Maxey was born. Since then, most friends and family called him “Terp” regardless of their age. Randy was a Democrat and spent a lifetime working for social justice, women’s rights, and whatever candidate he fervently supported. Randy always voted. He believed in second chances and supported those whom he believed in. He loved history and his adopted state of Virginia, especially the Blue Ridge Mountains. He loved his family and his animals who followed him around begging for dog treats. Randy’s hang out was City Grill until covid hit and his own health issues kept him from enjoying his lunch and ginger ale. Interment and graveside service will be at Little Georgetown Cemetery in Broad Run, Virginia on November 11, 2021, at 11 am. Friends and family are invited to celebrate his life at this time in this beautiful spot, surrounded by the rolling Virginia countryside and Randy’s Virginia mountains that he loved. The family extends an invitation for friends to join us for a light lunch following the graveside service at The Plains Community League, 6473 Main Street (route 55) , The Plains, Virginia. The Community Center will be on the left with parking on the street and behind the center. In lieu of flowers, the family suggests that donations be made to The Prince William County Animal Shelter in memory of Randy Fobes or the American Cancer Society (cancer.org then give in honor or memorial button) Prince William Animal Shelter Attention: Lori Thompson 14807 Bristow Road Manassas, Va 20112

The family of Malcolm Randall Fobes II created this Life Tributes page to make it easy to share your memories.

Send flowers to the Fobes family.