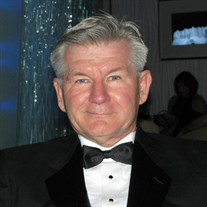 Major Lester K. Newell, United States Marine Corps (Retired), 75, passed peacefully on December 23, 2021, at Fairfax Hospital in Fairfax, VA surrounded by family. Les was born May 12, 1946, in Tyler, Minnesota to the late Kenneth and Vyonne (Nomeland) Newell. Les grew up on a working farm where he learned the values that he carried with him throughout life including work ethic, sacrifice, commitment and love of God. Les enlisted in the United States Marine Corps in 1965 and retired in 1988. During his 23-year military career, he served two tours in Vietnam and was afforded the opportunity to obtain a degree from the University of Maryland in Computer Science. Les was awarded a Purple Heart in 1966. Les was a “Marine Mustang”, working his way through the enlisted ranks and becoming an officer in 1973. Following his military career, Les worked in leadership roles in the private sector as well as the public sector at TSA and NASA where he served as Headquarters Chief Information Officer. Les retired from NASA in December 2018. After retirement, Les purchased a business with his son, Brian, serving as the President of Pegasus Support Services, LLC. Les lived a “life well lived”. He was loved by all that met him, people and animals alike. His favorite activities included long walks, time with his wife and kids, and spending time with his beloved grandchildren. Les loved “lake life” at Lake Anna, VA where he spent much time with family and friends. Les also enjoyed spending time supporting veterans and speaking at veterans’ events around the country. Additionally, he was actively engaged in humanitarian efforts in South Vietnam. He supported Project RENEW Vietnam which is focused on restoring the environment and neutralizing the effects of the Vietnam War, with finding unexploded ordnance. He is survived by his wife, Martha; three children, Brian, Brent (Kathy), and Leslie (Brandon); 8 grandchildren; and two brothers, Jeff (Joan) and Bill (Joyce) and many nieces and nephews. A visitation will be held on Wednesday, January 5, 2022, from 6-8:00PM at Pierce Funeral Home (9609 Center St. Manassas, VA 20110). A memorial service will also be held at The Marine Corps Museum Chapel (18900 Jefferson Davis Hwy, Triangle, VA 22172) on Thursday, January 6, 2022, at 10:00AM. Interment with full military honors will follow at Quantico National Cemetery at 11:30AM. In lieu of flowers the family requests a donation in Les’ name to one of the two charities that Les supported. Project RENEW Vietnam (https://renewvn.org/) or Dale K. Graham Veterans Foundation (https://dalekgrahamveteransfoundation.org) which supports Military Veterans and their families.

The family of Lester K. Newell created this Life Tributes page to make it easy to share your memories.

Customized sympathy cards. Mailed for you.