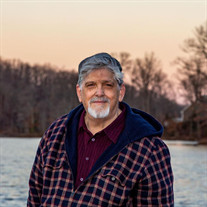 Kevin Charles McCarthy, 71, of Woodbridge, Virginia, died May 21 at Inova Fairfax Hospital. Born April 27, 1951, in Neptune, New Jersey, he was the son of the late Gladys Delores Skehan and Edward Albert McCarthy. Raised in Freehold, New Jersey, the family moved to Aberdeen, North Carolina, in 1958. Survivors include his wife of 40 years, Carol Ann McCarthy; a son, Stephen McCarthy and his fiance Rorie Dean, both of Maspeth, New York; daughters, Hannah McCarthy of Tucson, Arizona, Charlanne McCarthy of Richmond, Virginia, and Morla McCarthy and her husband, Daniel McCarthy of Stafford, Virginia. He is also survived by his sister Katherine Ann McCarthy and her husband, John Faulkner, of Arlington, Virginia; a brother, Richard McCarthy of Abereen, North Carolina; and a sister, Linda Pedersen of New Jersey. Kevin began his scouting career as a cub scout and worked his way up to Eagle Scout. He received his certificate in 1965. He enjoyed sports and was an avid fisherman and golfer. At Aberdeen High School, he was on the track team, on the junior varsity football team, and later named captain of the varsity team. He graduated in 1969. He studied philosophy at Belmont Abbey College in North Carolina. While living in Charlotte, North Carolina, during his early years, he worked for the Charlotte Observer Newspaper. Kevin was the author of several books, including “Realizing Jesus: What the Bible Really Tells Us About Jesus.” His author page on Amazon, includes the following words: “I’m not a theologian. I’m not a scholar. I’m just an ordinary person who has happened to have lived a very eclectic life. I’ve been a seeker of truth since I can remember. Perhaps, being born in New Jersey to an Irish-Catholic family and then moving to the Protestant rural South of North Carolina at age 7, I was forced to contemplate the sometimes-dire consequences of being the only Roman Catholic Yankee in town. Having to explain to my classmates why I could eat a hot dog any day except on Friday was always a daunting task that probably set my course toward seeking deeper truths and clearer explanations beyond the accepted dogmas. “At college I became a student of the religions of the world and was always amazed in discovering the essential similarities of the various religions even though they were founded at different times and places. It made me realize that there was a great universal truth about the one God and that we all were only subject to various amounts of that whole truth. “It seemed in those years, seekers such as I, ended up either marching against the war, smoking copious amounts of weed or were searching for and finding a new expression of God that was being offered by the array of new religious movements. I was no different. My path was toward the spiritual and for the next thirty years of my life I was given the opportunity to engage in dialogue and fellowship with literally thousands of clergy, priests and teachers of most all of the faiths of the world. This indescribably rich experience is truly the foundation of this book.” A professional photographer, he specialized in Real Estate photography and specialized in the high-end luxury market in Northern Virginia. He also served as photographer for several non-profit organizations and provided graphic design work for Washington Times, Times Color Graphics, the Global Peace Foundation, Westar Mortgage, and a wide assortment of local Prince William County and Northern Virginia clients. (www.kcharlesphoto.com) A private graveside service will be later this week. A celebration of life will be held at a later date.

The family of Kevin Charles McCarthy created this Life Tributes page to make it easy to share your memories.

Send flowers to the McCarthy family.