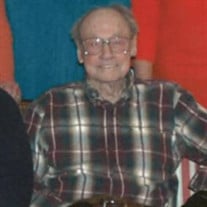 John Klinge Moriarty, age 101, a retired military-political analyst and former colonel in the U.S. Air Force, died on August 1, 2021 at his home in Manassas, Virginia after a brief illness. During WWII, he served as a pilot and squadron commander in the United States Army Air Forces. After the war, he spent his professional career focused on the objectives of lessening the nuclear confrontation with the Soviet Union, reducing Cold War tensions and bringing about a more balanced U.S. policy in the Arab-Israeli conflict. Mr. Moriarty was born in Mobile, Alabama in 1920, grew up in Birmingham, and graduated from Birmingham-Southern College in 1941 with a degree in English Literature. He entered the Army Air Forces shortly afterward, graduating as a second lieutenant in May 1942. He became a squadron commander in Troop Carrier aviation while still a first lieutenant at the age of 23 and served at numerous bases in the United States. He then became commander of a Combat Cargo Squadron in the China, Burma, India Theater of Operations, where among other duties he flew the "Hump" into China. Recalling in 2001 his squadron's tactical support of the British 14th Army in Burma during this period, he said in a memorial speech: "Our supply-dropping at 200 feet altitude in the mountains and jungles of Burma, and operating off the dirt `airflelds' that the British, using local labor, would hurriedly scratch out of the rice paddies, resembled more the early aviation barnstormers or Air Corps pilots flying the mail, than it did the operations of any airline or even the bombers and fighters flying from proper airbases in Europe." Because of his squadron's exceptional contribution to the British reconquest of Burma, he was given a special award of the British Distinguished Flying Cross. He also received two US Distinguished Flying Crosses and four Air Medals. After World War II he served in the Air University, first as an instructor in Troop Carrier Aviation, then as an instructor and later Deputy Director of the Air Force Military Management School. When the Air Force established its Comptroller School (the first of its type in the Armed Forces' postwar effort to improve financial management) he was responsible for creating the new school, designed its curriculum and instructional methods, and became its Deputy Director. He later served in the Office of the Comptroller in Headquarters USAF in the Pentagon, where he was promoted to colonel, and then as Deputy Comptroller in Twelfth Air Force Headquarters in Germany. In January 1955 he left active duty to enter Georgetown University's Graduate School of Government, to prepare for a career in foreign affairs. While working toward his Ph.D. degree (received in 1962) he served for two years as special assistant to Thomas E. Murray, former Commissioner of the Atomic Energy Commission and at the time a consultant to the Joint Congressional Committee on Atomic Energy. In 1960 Mr. Moriarty joined the Weapons Systems Evaluation Group of the Institute for Defense Analyses (IDA); in 1963 he moved to the State Department's Bureau of Intelligence and Research as a political/military analyst. After nearly three years, he returned to IDA as a senior analyst, where he retired in 1984. He was particularly involved in studies on NATO strategy, Arms Control, and the Middle East. After retirement he remained active in foreign policy matters. Mr. Moriarty also operated, by himself, a beef cattle farm in the Shenandoah Valley between 1964 and 1999. He still owned the farm at the time of his death. Survivors include his five children, Kathleen Moriarty (John Wiggins), of Bloomery, West Virginia, John K. Moriarty, Jr. (Elizabeth), of Doylestown, Pennsylvania, Annette Samsky (John), of Manassas, Virginia, Julie Moriarty (Rod Leffler), of Waynesville, North Carolina and Marian Lewis (Joseph), of Exton, Pennsylvania; 13 grandchildren; five great grandchildren; and his St. Bernard mix, Sherlock. The family will receive friends from 6:00-8:00 P.M. on Monday, August 9, 2021 at Pierce Funeral Home, 9609 Center Street, Manassas. The funeral liturgy will be offered at 11:00 A.M. on Tuesday, August 10, 2021 at Sacred Heart Catholic Church, 12975 Purcell Road, Manassas, Virginia, with Rev. Edwin Seh officiating. Interment will follow at the chapel cemetery.

John Klinge Moriarty, age 101, a retired military-political analyst and former colonel in the U.S. Air Force, died on August 1, 2021 at his home in Manassas, Virginia after a brief illness. During WWII, he served as a pilot and squadron commander... View Obituary & Service Information

The family of John Klinge Moriarty created this Life Tributes page to make it easy to share your memories.

Send flowers to the Moriarty family.