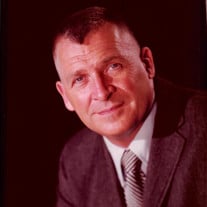 John Mitchell Kirsch (“Jack”) passed away on April 22, 2021 in the Manassas, Virginia residence that he called home for the past 53 years. Mr. Kirsch was born September 17, 1926 in Erie, PA, the eldest son of the late Joseph Edward and Emma Romaine Kirsch. Following his tour of duty in the U.S. Army Air Corps during World War II, Mr. Kirsch married Charlotte Louise Kunz (“Liz”) on August 9, 1948. On September 25, 1950, Mr. Kirsch began what would become an illustrious 27 year career with the Federal Bureau of Investigation (FBI). As a Special Agent in the field, Mr. Kirsch handled and/or supervised numerous major incidents, including bank robberies, extortions, kidnappings, and fugitive investigations. During his tenure with the FBI, Mr. Kirsch was stationed in Los Angeles, CA; San Francisco, CA; Washington, DC; Chicago, IL; Pittsburgh, PA; and Quantico, VA. In 1966, Mr. Kirsch was assigned as the supervisory instructor in the Planning and Research Unit of the FBI Training Division, which was tasked with designing both the architecture and curriculum of the new FBI National Academy in Quantico, VA. The group was also responsible for conducting a nationwide search for an expanded faculty of FBI agents to teach there. As an expert firearms and defensive tactics instructor, Mr. Kirsch researched and taught these disciplines to all levels of law enforcement personnel, not only at the Academy, but throughout the United States. In 1972, Mr. Kirsch was chosen as the first Chairman of the newly formed Behavioral Science Unit, which undertook the use of criminal profiling with regards to violent crimes. The television show "Criminal Minds" is based on this FBI profiling unit. In 1976, Mr. Kirsch was made a Section Chief in the Training Division, responsible for many of the training programs conducted by the FBI, to include the training of all new agents. He also established the Terrorist Research and Management Staff within his own section in the Training Division which studied terrorism and developed counter-terrorist strategies. Many of these concepts, including hostage negotiation techniques, are now standard procedure worldwide. Mr. Kirsch is also known as the father of the FBI's quick reaction assault teams, which he developed to counteract terrorist takeovers of facilities and aircraft. He was acknowledged around the world as one of the primary experts in counter-terrorism in the United States. Mr. Kirsch retired on July 2, 1977 to spend time with his family. He was an avid reader, loved hunting, fishing, spending time with his friends at the Fairfax Rod and Gun Club, and always enjoyed a good cigar. Mr. Kirsch is survived by his wife of almost 73 years, Liz; daughter Gretchen L. Kirsch of Haymarket, VA; son John M. Kirsch, Jr. (Jane) of Fairfax, VA; son Daniel J. Kirsch (Melinda) and twin grandsons Jackson R. Kirsch and Ethan D. Kirsch of Bristow, VA; sisters Eileen Kirsch McLaughlin and Elaine Kirsch Mozdy (Frank) all of Erie, PA; and many nieces and nephews. Mr. Kirsch was preceded in death by his brother, James E. Kirsch, and his sister-in-law, Helen H. Kirsch, both of Albuquerque, NM; brother-in law, James E. McLaughlin, of Erie, PA; niece, Carrie R. Kurzeka, of Albuquerque, NM; niece, Cynthia R. McLaughlin, of Erie, PA; and niece, Michele K. Suprunowicz, of Saratoga Springs, NY. A private funeral Mass will be held at All Saints Catholic Church on May 7, 2021 at 1:00 pm, and will be streamed live at https://youtu.be/DsP1QPOmjmc, beginning at 1:00 pm. Burial at Quantico National Cemetery on Tuesday, June 15, 2021 at 11:00 AM. Expressions of sympathy may be made in the form of donations to the Former Agents of the FBI Foundation for the George A. Zeiss Memorial Scholarship Fund. Donations may be made at www.socxfbi.org or sent directly to the Foundation at 3717 Fettler Park Drive, Dumfries, VA 22025.

The family of John Mitchell Kirsch created this Life Tributes page to make it easy to share your memories.

Send flowers to the Kirsch family.