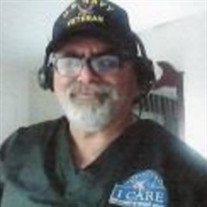 John Harry Hadjy, 70, who resided at Superior Care Assisted Living in Laytonsville, Maryland, passed away from complications of COVID on Thursday, January 13, 2022, which was the same day exactly 15 years ago that he had a heart transplant. Born in Washington, D.C., on August 28, 1951, to the late Harry Hadjy and Ann Skordi Hadjy, John was also preceded in death by his brother Paul Hadjy. John was a native of Hyattsville, Maryland, and a 1970 graduate of Northwestern Senior High School. John was very proud that he served as the goalkeeper for the soccer team when the school won the Maryland State Soccer Championship in 1970. John attended the University of Maryland before joining the U.S. Navy in 1972. He served in the Navy from 1972 to 1978. Following his service to his country, John worked in the automotive industry in Maryland, Virginia and Florida. His first job was at Lustine Chevrolet, Hyattsville, Maryland. John’s work in the automotive industry culminated in his ownership of Dahlgren Chrysler Plymouth, Dahlgren, Virginia. Those left to treasure his memories are his sisters Thalia Stevenson, and Anthea Hadjy, brother Pandor, (wife Deborah, and son Paul Clifford), as well as many loving relatives and friends. John was a proud U.S. Navy Veteran. He had a love for animals. John was a classic car enthusiast who knew so much about cars. Graveside service will be private. Those who wish to honor John may consider making donations to the American Society for the Prevention of Cruelty to Animals (ASPCA) or the American Heart Association or a charity of your choice.

John Harry Hadjy, 70, who resided at Superior Care Assisted Living in Laytonsville, Maryland, passed away from complications of COVID on Thursday, January 13, 2022, which was the same day exactly 15 years ago that he had a heart transplant.... View Obituary & Service Information

The family of John Harry Hadjy created this Life Tributes page to make it easy to share your memories.

Send flowers to the Hadjy family.