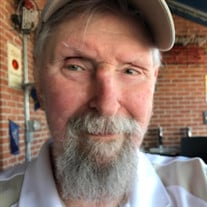 John Philip “Phil” Bradecamp, 82, of Bristow, Virginia passed away on September 14, 2021. Phil was born on January 24, 1939, in Washington, D.C. to the late Ignatius and Margaret (Koehler) Bradecamp. Phil entered the US. Navy after high school where he served for 4 years. He then went to work for AT & T for 38 years until he retired. Phil moved to the “active adult” community of Dunbarton in Bristow, VA in 2005. There he enjoyed participating in many of the activities. He enjoyed traveling all over the world, mostly by cruise ship. He also enjoyed traveling in the USA and went to several of the National Parks. Phil is survived by wife Joan (Murray), daughter Christina Casby (Kelly), son Michael (Donna Goodin), daughter Sandra Sullivan (Martin), son Dennis (Etta Agan); grandchildren Matthew Casby, Caitlyn Sullivan, Jacqueline Casby, Amelia Bradecamp, Grace Bradecamp, Jack Bradecamp and Tyler Bradecamp. He is also survived by his sister Judith Moran (James) and his brother Robert Bradecamp (Denean). He was preceded in death by his parent and his brother James. There will be a viewing and memorial service for Phil on Wednesday, September 22, 2021, from 4:00 PM (viewing) and 5:00 PM (memorial service) at Pierce Funeral Home and Cremation Service, 9609 Center Street, Manassas, VA 20110. Phone 703-257-6028 Burial will be Thursday, September 23, 2021 at Quantico National Cemetery, 18424 Joplin Road, Triangle, Virginia 22172. Phone 703-221-2183. Please assemble in your car at the Administration Building by 10:15 AM. In lieu of flowers, a donation may be made to St. Jude Children’s Research Hospital.

The family of John Philip "Phil" Bradecamp created this Life Tributes page to make it easy to share your memories.

Send flowers to the Bradecamp family.