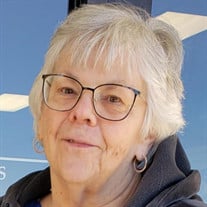 Joanne Dunn of Manassas, Virginia, died of cardiac arrest at INOVA Alexandria Hospital on January 14, 2022, at the age of 80. Her daughter was with her when she passed. Born in 1941 to John Pawlak and Anne Mollo Pawlak in Bayonne, NJ, Joanne spent most of her childhood and early adulthood with a large extended family in the Astoria neighborhood of Queens, NY. She was surrounded by numerous aunts, uncles, and cousins who instilled in her a deep loyalty to her family and pride in her Italian immigrant heritage. In 1974, she relocated with her husband and four children first to Leesburg, VA, then Haymarket, VA, and eventually settled in Manassas after her divorce in 1986. After raising her four children, Joanne joined the workforce full-time in the 1970s as a bank teller and part-time as a retail clerk at various banks and department stores in Manassas. She made many dear friends over the years in these customer service roles, and in her later years, no matter where she was, she recognized someone whom she had met while working. She volunteered in her children’s elementary school as a “classroom mother” and served as a treasurer in the Stonewall Jackson High School Chorus Boosters in the 1980s. She also served the community as an ACTS Crisis Helpline night shift volunteer and as a volunteer at the Prince William Novant Hospital gift shop. When she was still able to dance and travel, Joanne enjoyed her nights out and weekends away with a close group of long-time friends and their families. At home, she loved reading a good romance novel and was an avid solver of crossword puzzles. Her friends and family will remember and miss her hearty laugh and her stubborn but generous spirit. Joanne is survived by four children: Michael Dunn (Kara), Patrick Dunn (Dena), Kenneth Dunn (Carol), and Christine Dunn; five grandchildren: Katelynn, MaryJulia, Jennifer, Joseph, and Kenneth, Jr; and six great-grandchildren: Skylar A., Austin, Dylan, Jordan, Brody, and Skylar D. Joanne’s remains will be cremated and a celebration of her life will be held in the early spring. Family and friends will be notified with celebration details at a later time. Those who wish to honor Joanne may consider making a donation to ACTS (Action in Community Through Service) at this website: actspwc.org

Joanne Dunn of Manassas, Virginia, died of cardiac arrest at INOVA Alexandria Hospital on January 14, 2022, at the age of 80. Her daughter was with her when she passed. Born in 1941 to John Pawlak and Anne Mollo Pawlak in Bayonne, NJ, Joanne... View Obituary & Service Information

The family of Joanne Dunn created this Life Tributes page to make it easy to share your memories.

Joanne Dunn of Manassas, Virginia, died of cardiac arrest at...

Send flowers to the Dunn family.