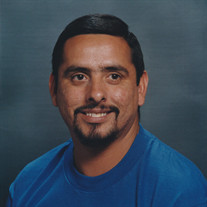 Jerry Lawrence Vigil, 64, of Manassas, Virginia, passed away on March 10, 2022. Jerry was born on September 4, 1957 in Pueblo, Colorado to Jose and Eloida Vigil. He joined the Army at just 17 years of age and served with pride for 17 years from 1975–1992. His service took him around the world, including to Korea, Germany, and Hawaii, where he met Lois, who became his wife of 15 years and blessed him with three daughters. Jerry excelled at his duties in the Army and was frequently commended by his superiors. His attitude was always mission first, and he displayed a fierce loyalty to his troop. During Operation Desert Shield and Operation Desert Storm in the Gulf War, he served as the Communications Sergeant for M Company, Third Squadron, Third Armored Cavalry Regiment, and was proud to report that not a single soldier under his care was lost. Upon returning from the war, he retired from the Army and started a carpet cleaning business called Velvet Touch Carpet Care, and then worked for several years as a corrections officer at the United States Penitentiary Administrative Maximum Facility in Florence, Colorado. When his daughters moved across the country to Wisconsin, he began driving big rigs for Swift so he could see them more frequently, but in 2002 he retired from all work due to service-related disabilities from his time in the Gulf War. When he wasn’t busy being a soldier, Jerry was known for being an avid drummer, having bought his first set of drums with the first money he earned at his first job as a bus boy at a local restaurant. While drumming was a big part of his life prior to the Army, he put that hobby on hold while he was enlisted only to return to it in full force upon retirement. He was the rare left-handed drummer who could also play right-handed (and thus spare the band from reconfiguring the drums to a left-handed set-up) and especially loved playing classic rock and the blues. Music was such a big part of his life that even when he didn’t have a drumstick in his hand, he would tap out rhythms with his hands on any available surface. Jerry’s love of creating music sprang from his love of people and his zest for life. Not only did he love to entertain, but he also loved to laugh and to make people laugh. He was always ready with a joke to brighten any situation and always able to turn any good news into a celebration. He cared deeply for anyone who happened across his path and would set his mind to helping everyone in any way he could. His caring mindset even spilled over into the animal kingdom, as he was a big lover of dogs and had many throughout the years, to include Ziggy, who was his beloved service dog for 8 years. But the role that brought him the most joy in his last decade was that of “Grampo.” As Grampo, he loved nothing more than spoiling his grandchildren and watching them grow. He continues to watch over them from heaven. Jerry is predeceased by his parents; his brother John Vigil; daughter Jennifer Vigil; and godmother Betty Maes. He is survived by his daughters Stacy (Nick) Vaka and Allison (Henry) Zwiefelhofer; grandchildren Lucy Vaka, Alexis Vaka, and Logan Zwiefelhofer; siblings Jeannine (Jake) Arellano and Joe (Pat) Vigil; five nieces and four nephews; godfather Larry Maes; the mother of his children, Lois Anderson; and a large extended family. A memorial service will be held for Jerry at 6:30 p.m. on April 19, 2022 at Parkway Church, 3713 Pennington Ln, Woodbridge, VA 22192. Inurnment with full military rites will follow at a later date, to be determined, at Arlington National Cemetery.

Jerry Lawrence Vigil, 64, of Manassas, Virginia, passed away on March 10, 2022. Jerry was born on September 4, 1957 in Pueblo, Colorado to Jose and Eloida Vigil. He joined the Army at just 17 years of age and served with pride for 17 years from... View Obituary & Service Information

The family of Jerry Lawrence Vigil created this Life Tributes page to make it easy to share your memories.

Send flowers to the Vigil family.