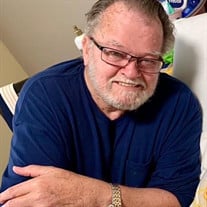 On March 14, 2022, Jan Hayes Tasker, of Manassas, VA, unexpectedly passed and went into the loving arms of our Lord while surrounded by his family. Jan is survived by his adoring wife Barbara Mae Tasker, four children Jennifer Thompson (Donald Deloid), Kelly Neiman (Dean), Marc Tasker (Denice), Stephanie Schutter (James), nine grandchildren Chase, Jordan, Danielle, Rhett, Jessica, Emily, Bryce, Dylan, Luke, and one great-grandson Grayson. Jan is also survived by a brother Ronald Tasker (Sandra), and sister Karen Anderson. Jan was born on October 2, 1941, and raised in Columbia, Connecticut where he attended Columbia Elementary and Wyndham High School. At the age of thirteen, he met Barbara, the love of his life, after she asked him to the Sadie Hawkins dance. Following high school, Jan attended the Rhode Island School of Design, where he laid the foundation of a 45-year career (thirty-five with Ellerbe Becket) in Architecture, specializing in medical design. Jan raised his family in Occoquan Forest where he was actively involved in the neighborhood gourmet club and instant theater group and was a second father to many of the neighborhood children. After nearly 40 years in Occoquan Forrest, Jan and Barbara downsized to the Gatherings at Wellington. At both locations, they are fortunate to have made lifelong friends, many of whom joined them as they traveled the world. Jan was fiercely devoted to his family and beloved by his grandchildren who affectionately call him PeePaw. He had a passion for gardening, the arts, music, the beach, and donuts. The family will receive guests on Thursday, March 24 from 5 pm-8 pm at Pierce’s Funeral Home located at 9609 Center Street in Manassas, VA 20110. A funeral mass will be celebrated on Friday, March 25 at 1:00 pm at All Saints Catholic Church at 9300 Stonewall Road, Manassas, VA 20110. Additionally, the family will hold a reception following the funeral Mass on Friday, March 25, at the Center for the Arts: 9419 Battle Street Manassas, VA 20110, from 2:30-4:00 pm For those so inclined, in lieu of flowers, the family has selected the American Diabetes Foundation and the INOVA Health Foundation for donations.

On March 14, 2022, Jan Hayes Tasker, of Manassas, VA, unexpectedly passed and went into the loving arms of our Lord while surrounded by his family. Jan is survived by his adoring wife Barbara Mae Tasker, four children Jennifer Thompson (Donald... View Obituary & Service Information

The family of Mr. Jan Hayes Tasker created this Life Tributes page to make it easy to share your memories.

Send flowers to the Tasker family.