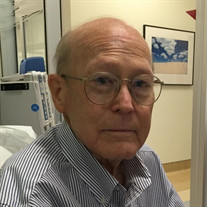 James Kirby Jackson, 72, passed peacefully on February 17, 2022, in Manassas, Virginia with his wife and family at his bedside after a long and courageous battle with cancer. James was born October 20, 1949 in Salt Lake City, Utah to Arthur Dean (Kirby) Jackson and Yvonne Mary Williams. He was the second oldest of their four children. James was raised in the Sugar House neighborhood of Salt Lake City, where he attended his elementary through high school years. He gained a love for the outdoors by going on camping and hiking trips with his two brothers, a love that he passed on to his sons through frequent family camping trips. He was also an avid runner and cyclist who competed in multiple marathons and traded his lunch breaks for 10 mile runs well into his fifties. He had a deep passion for gardening, developing beautiful landscapes for him and his family to enjoy together, and especially loved the cherry blossom trees native to the Washington, D.C. area. James lived out his faith in God by quietly serving his neighbors and those in his church community, giving more than 20 years of service mentoring youth through his church and the National Capital Area Council of the Boy Scouts of America, and training other youth leaders through his local Wood Badge chapter. From 1969-71, he served a full-time proselytizing mission for The Church of Jesus Christ of Latter-day Saints in Japan, where he gained an abiding love for the Japanese people. James received both his bachelor’s and master’s degrees in Economics from the University of Utah, and pursued doctoral studies in Economics at the University of Washington. He dedicated his life to public service, first with the Office of Economic Research at the Central Intelligence Agency, then with the Bureau of Intelligence and Research with the U.S. Department of State, and finally serving 35 years at the Congressional Research Service. While James seldom spoke about his work, he regularly briefed U.S. Senators and Representatives and his writing and research influenced countless pieces of legislation. But James’s greatest passion and legacy is his family. Soon after moving to Washington, D.C., he met the love of his life through a mutual friend, and on October 29, 1983 married Mary Elizabeth Vaggalis. He is survived by his wife; father (age 98); brothers, Bruce and Dave Jackson; sons, Matthew Birdsall (and wife Kim), Scott Jackson, and Ted Jackson; and his five grandchildren, who will miss their “Papu” dearly. He is preceded in death by his mother (2002) and brother Jerry Jackson (1951, as an infant), and was followed in death by his sister, Susan Buffington of St. George, Utah (February 20, 2022), who died suddenly only days after James. He was diagnosed with multiple myeloma in 2018, a degenerative blood-based cancer. Sadly, as he neared his four year anniversary of his original diagnosis, he passed due to a compromised immune system and atrial fibrillation. The family would like to thank Dr. Mitul Gandhi and Dr. Tamila Kindwall-Keller for their kind care of James these last several years. James was known for his tender heart, humility, and perseverance. He never once gave up on living life to the fullest despite his cancer, and he fought heroically until the bitter end. He will be remembered by many for being a dependable source of comfort, joy, and love. As he often said: “The race is not to the swift nor the battle to the strong, but to those who endure to the end.” James’s family and friends will be able to pay their respects on March 4, 2022 at a viewing from 6-8 pm, and at the funeral on March 5, 2022 at 10 am, both located at The Church of Jesus Christ of Latter-day Saints at 14105 Glenkirk Rd, Gainesville, VA. He will then be interred at Bright View Cemetery in Warrenton, Virginia. In lieu of flowers, James’s family encourages donations to the American Cancer Society to continue its fight to end cancer. Please visit donate.cancer.org to make a donation in James’s memory.

James Kirby Jackson, 72, passed peacefully on February 17, 2022, in Manassas, Virginia with his wife and family at his bedside after a long and courageous battle with cancer. James was born October 20, 1949 in Salt Lake City, Utah to Arthur... View Obituary & Service Information

The family of James Kirby Jackson created this Life Tributes page to make it easy to share your memories.

Send flowers to the Jackson family.