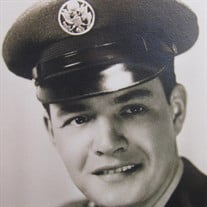 Howard H. Bibeau of Manassas, passed away peacefully at his home on Tuesday, February 2, 2021. He was 91. He was born in Nashwauk, Minnesota. He is survived by his loving wife, Renate, of nearly 65 years of marriage and their 3 children: Frank, Cole and Kimberly Bibb (Mark) and 3 grandchildren: Jacob Wiseman (Laura), Jason and Dianna and two great-grandchildren: Roman and Hazel Wiseman. His brothers: Jack and Donald (Don). He is preceded in death by his father Charles Bibeau (Native American Indian); his mother Lempi Wachsman (Finlander); stepfather William Wachsman; brothers: Herbert, Robert (Bob) and sister Lorayne. Howard joined the U.S. Army Air Corps in the late 40’s and retired from the Air Force 1968 at Bolling AFB. He Moved to Manassas when he was reassigned to Bolling AFB in the late 60’s, where he had been selected by the Air Force to take a job at the White House Photography Lab (during President LB Johnson’s administration). He later worked at the DIA, retiring in 1985. Howard was a devoted husband, father and grandfather. He was always ready to lend a helping hand if needed. Howard and Renate enjoyed traveling, especially overseas. Howard was a member of the Disabled American Veterans – PWC Chapter 15 of Manassas. Howard was also a member of the Manassas Senior Center, where he loved to play ping-pong. He enjoyed and valued the many friendships made over the years. On April 15, 2021, at 10:00am, Howard will be placed to rest at Arlington National Cemetery with Pastor Jeff Wilson of Bethel Lutheran Church officiating. In lieu of flowers, the family requests that contributions be made to the DAV: Disabled American Veterans – PWC VA Chapter 15, VFW, 9304 Centreville Road, Manassas, VA 20110; or memorial donations be made to the National Parkinson’s Foundation in c/o Gift Processing Center, P.O. Box 5018, Hagerstown, MD 21741. To send flowers or a memorial gift to honor Howard Bibeau please visit the Sympathy Store @ Pierce Funeral Home, Manassas, VA. Condolences may be sent to: www.piercefr.com

Howard H. Bibeau of Manassas, passed away peacefully at his home on Tuesday, February 2, 2021. He was 91. He was born in Nashwauk, Minnesota. He is survived by his loving wife, Renate, of nearly 65 years of marriage and their 3 children:... View Obituary & Service Information

The family of Howard H. Bibeau created this Life Tributes page to make it easy to share your memories.

Howard H. Bibeau of Manassas, passed away peacefully at his home...

Send flowers to the Bibeau family.