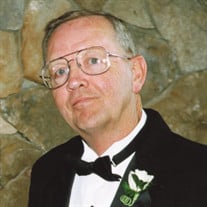 Gordon Franklin Mayhugh, Jr. (known as “Junior” to friends & family), of Nokesville, VA passed away at the age of 79 on August 20, 2021, at Prince William Hospital. Born June 8, 1942, to the late Gordon Franklin Mayhugh, Sr. and Virginia Ross, he was preceded in death by his wife, Joan Caton Mayhugh, his oldest son, Gordon Franklin Mayhugh, III, as well as his brother and sister, Larry Mayhugh and Gayle Douglas. Survivors include his two children Michael Mayhugh and wife Christine of Nokesville, VA and Renee Silvestain and husband Scott of Haymarket, VA and six grandchildren Michael, James, Kaitlyn, Gabriella, Eric, and Luke. Junior graduated from Brentsville District High School (BDHS). After which, he went on to earn his bachelor’s degree in History from Presbyterian College in South Carolina and then his master’s from University of Virginia in Charlottesville. His professional life came full circle when he returned to his alma mater BDHS, where he taught History/Government for over 30 years until his retirement. The consummate athlete, he was known as “Flash” (after Flash Gordon) for being so quick on his feet, whether it was on the basketball court or apprehending unruly students. He was also a man of tremendous work ethic and worked two jobs, the second of which was running the family business, Mayhugh’s country stores, which he continued until his death. He was also an avid golfer and fisherman. He will be missed by those who knew and loved him. The family invites you to join them October 1, 2021, at 10:00 a.m. at Stonewall Memory Gardens in Manassas Virginia. In lieu of flowers, donations can be made to Greenwich Presbyterian Church (15305 Vint Hill Rd, Nokesville, VA 20181.)

The family of Gordon Franklin Mayhugh created this Life Tributes page to make it easy to share your memories.

Send flowers to the Mayhugh family.