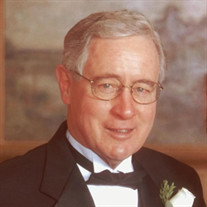 GEORGE RILEY ROWAN, JR. April 12, 1932 – April 29, 2022 Colonel George “Rip” Riley Rowan, Jr. USA (Retired), the son of the late Colonel and Mrs. George Riley Rowan USMC, was born April 12, 1932, in Baltimore, Maryland and passed away April 29, 2022, while surrounded by his loving family and dear friends. After growing up in various cities around the world with his military family, Rip attended Georgetown University and was a member of the varsity swim team, served as the Senior Class President, and was a cadet in the ROTC program. After graduating in 1954 with a BS degree in Foreign Service, he was commissioned an Army Second Lieutenant. Rip requested immediate active duty and began his 28-year military career at Fort Sill, Oklahoma. He was a paratrooper with the elite 82nd Airborne Division in Fort Bragg, North Carolina and served in Vietnam as an artillery Battalion Commander. The final seven years of Rip’s military career included service with the Army & Air Force Exchange Service (AAFES) as Commander of the Korea Regional Exchange, Operations Deputy in Germany, and Chief of the Washington, DC office at the Pentagon. After retiring from military service as a Colonel in 1982, Rip continued to advocate for service members as President of the Armed Forces Marketing Council for 26 years. In retirement, Rip lived with his beloved wife of 49 years, Joan, in Regency at Dominion Valley in Haymarket, Virginia, where he was an active member of the community. He loved golfing, bowling, and spending time with friends. Rip and Joan enjoyed traveling and were fortunate to visit many countries around the world. More than anything, Rip was a devoted husband, proud father and father-in-law, and an especially proud grandfather. Rip is survived by his wife, Joan, his daughters, Kristin (Michael) Oakes, and Laurie (Kent) Russell, son Michael Flynn, and grandchildren: Connor, Brendan, and Taylor Oakes; Cole and Riley Russell. Preceding him in death were his parents and his sister, Eloise (Ike) Fenton. Family and friends will gather for a visitation on Friday, May 6 from 4:00-6:00 PM at Pierce Funeral Home, 9609 Center St., Manassas, Virginia. A memorial service will be held at 2:00 PM on Saturday, May 7 at St. Thomas à Becket Catholic Church, 1421 Wiehle Ave, Reston, Virginia with a reception immediately following at River Bend Country Club, 375 Walker Rd, Great Falls, Virginia. A Mass of Christian Burial will follow at a later date when he will be laid to rest at Arlington National Cemetery. In lieu of flowers, donations can be made in Rip’s memory to Wounded Warrior Project

The family of George Riley Rowan Jr. created this Life Tributes page to make it easy to share your memories.

Send flowers to the Rowan family.