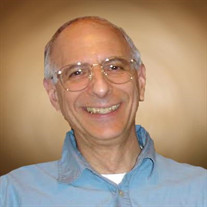 George Anthony Bonina, Sr was born on September 6, 1947, to Vincent and Rose Bonina (deceased). He was raised in Morton, PA and graduated from St. James High School in Chester, PA. George earned both a Bachelor and master’s degree in civil engineering from Villanova University. He worked for the Pennsylvania Department of Transportation in Harrisburg, PA, and then for the EPA in Philadelphia. In 1979 he moved to EPA headquarters in Washington, DC and worked there for 27 years before retiring. He was the Chief Information Security Officer for the entire agency and was responsible for ensuring the EPA’s computer systems were protecting the agency’s information. He won a number of awards including a Gold Medal for his leadership of a program to resolve significant agency information system management issues. George lived in Burke, VA for 39 years before moving to Warrenton, VA in 2019. He was an amateur radio operator since high school, was an expert at Morse Code, and he enjoyed sharing this hobby with his grandsons. George was also a marathon runner and earned a black belt in Tae Kwon Do with his son and daughter. He had a love for the Blessed Mother and was an active member of the Legion of Mary for over 20 years where he touched countless lives through evangelization. His work through the Legion became his passion. George passed away peacefully at home on October 11, 2021, after a long battle with dementia. He is survived by his wife of 50 years, Monica Bonina, his daughter Mary Beth Balint and her husband Michael Balint, his son, George Bonina, Jr, and his six grandchildren, Ryan Balint, Kevin Balint, Melissa Balint, Laura Balint, Justin Balint, and Brendan Balint. He is also survived by his brother, Vincent Bonina, and his two sisters, Margaret Swisher and Loretta Byrne. George will be remembered for his joyful sense of humor and the twinkle in his eye, his genuine warmth and kindness, his selflessness, and his unwavering love and devotion to God and his family. The Funeral Mass will take place on December 7, 2021, at 10:30am at Holy Trinity Catholic Church, Gainesville, VA. The burial will follow at 2:00pm at Fairfax Memorial Park, Fairfax, VA. In lieu of flowers, please consider making a donation in his name to Holy Trinity Catholic Church, 8213 Linton Hall Road, Gainesville, VA 20155 to support the evangelization efforts of their Family Faith Formation program.

George Anthony Bonina, Sr was born on September 6, 1947, to Vincent and Rose Bonina (deceased). He was raised in Morton, PA and graduated from St. James High School in Chester, PA. George earned both a Bachelor and master&#8217;s degree in... View Obituary & Service Information

The family of George Anthony Bonina Sr. created this Life Tributes page to make it easy to share your memories.

Send flowers to the Bonina family.