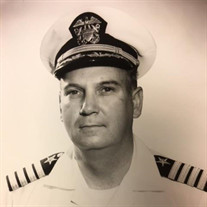 Earl Nordan was born February 28, 1928 in Alabama to Lula and Eslie Nordan. He dropped out of High School two years before graduating and began working at a Defense Plant in Mt. Vernon AL making cots for the army. In the summer of 1944 he enlisted in the Merchant Marines and was sent to Basic Training School in St. Petersburg FL. He learned that the Merchant marines were in short supply of Radio Operators and took tests qualifying to learn how to operate shipboard radio transmitters and receivers and also how to copy Morse code. He was doing so well that he was sent to the Radio School in Boston, graduating in 1945 with a Temporary Limited Radio Operators License and reported a Liberty ship moored in NYC. His ship the Alderich transported cargo to Belgium, returning to Baltimore and then heading to Holland and back to NYC. The ship was under radio silence so Earl was able to practice his new found talent. Several of Earl’s shipmates were graduates of Kings Point Merchant Marine Academy and advised Earl to return to Mt. Vernon AL and get his graduate degree from high school and then apply to the academy. In 1945 he returned to school and convinced the principal he could complete his studies in just one year, which he did and then applied to Kings Point. Following satisfactory completion of written tests and interviews by a Cadet Midshipman Selection Committee in Mobile AL., he was approved to admission to begin Cadet Basic School in Pass Christion MS to commence training. On the 21st of June 1950 he graduated from the US Merchant Marine Academy Kings Point NY with a third mate’s license issued by the Coast Guard. This was before the Korean War and positions with the guard were few and far between so Earl joined the Navy as an ensign. He reported for duty Aug. 1950 aboard his first Navy ship, the USS Thomas Jefferson a Dependents Transport passing through Okinawa in route to San Diego, many of the trips they took were to transport troops to assault landings in Inchon and Iwon Korea. In Sept. of ’52 he applied and was granted entry into the Submarine Service and in ‘53 graduated Basic Submarine Officer’s school. A quick look at his Naval Career: 07-53 to 6-55 USS Segundo (SS398), 07-55 to 12-56 Staff COMSUBDIV 32, 1-57 to 10-57 PG School Monterey CA, 11-57 to 4-59 Staff COMNINE, 5-59 to 11-59 USS SEA Fox (SS 402), 12-59 to 3-61 USS Redfish (SS 395), 4-61 to 6-61 Guided Missile School Dam Neck, 7-61 to 10-62 USS Patrick Henry (SSBN 599), 11-62 to 12-64 USS Picuda (SS 382), 1-65 to 6-67 Guided Missile School Dam Neck, 7-67 to 7-69 COMSUBRON 14 Holy Lock, 8-69 to 12-69 COMSUBRON 82 New London, 1-70 to 7-72 PG School Monterey CA, 8-72- to 7-77 Bureau of Naval Personnel, 8-77 to 7-79 Navy Material Command. During his 30 year career in the Navy he was awarded the Legion of Merit, the Navy Commendation Medal and numerous Campaign and Service Medals. On August 1st 1979 he retired at the rank of Captain USN. After retirement he joined TECHPLAN Corporation located in Crystal City VA. During the period of 1979 to 1986 he managed a large group of people involved in the design, development, programming and implementation of computer based Information Systems for Navy clients. He retired in Oct. of ’86 and he and his wife Joyce, move to Daytona Beach Fl to begin a leisurely life of golf and travel. Earl’s first marriage in June of ’53 to Sandy Workman produced one daughter Nanette , Sandy passed away in Oct. of ’81. He later met Joyce and they married in Washington DC in Apr. of ’85, he inherited four more step children, Katherine, Karen, James and Bill. He was blessed with two grandchildren, Nicko and Becky, and three step grandkids, Rutger, Rachel and Laura, he also has 1 great grandchild. Joyce passed away in Nov. ’02. Earl had brain tumor surgery, which was benign but did affect his golf game. But, for the most part, he was very fortunate to have great health until his final years. Earl has been blessed to share his later years with good friend and companion Marilyn Merrill. Earl has also been blessed along the way with many lifelong friends and colleagues, especially those from Kings Point. His neighbors in Heritage Hunt, are amazing and in the last years Randy and Dennis have gone above and beyond to lend a helping hand to Earl. Earl was 93 years young and we who knew him can attest to the fact that he enjoyed a rich and rewarding life.

Earl Nordan was born February 28, 1928 in Alabama to Lula and Eslie Nordan. He dropped out of High School two years before graduating and began working at a Defense Plant in Mt. Vernon AL making cots for the army. In the summer of 1944 he... View Obituary & Service Information

The family of Captain Emile Earl Nordan created this Life Tributes page to make it easy to share your memories.

Send flowers to the Nordan family.