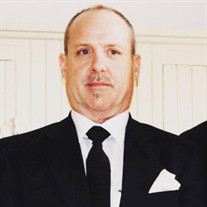 Edward “Ed” Joseph Gannon, age 62, of Haymarket, VA, passed away unexpectedly November 17, 2021, at Novant UVA Prince William Medical Center in Manassas, VA. He was born August 21, 1959, in Lowell Massachusetts, the son of Richard G Gannon and Agnes (Stevenson) Gannon. Ed graduated from Lowell Vocational School, class of 1977. Following graduation, he served with the United States Air Force in Germany until 1982. Shortly after leaving the Air Force, he stumbled into what would become his dream career, becoming an air traffic controller for the Federal Aviation Administration. This is where he met his wife, Mary Stewart, at the New York Tracon in Long Island, where they both worked. Ed and Mary celebrated 33 years of marriage in June. Prior to retirement, Ed worked his way up to the FAA Command Center in Warrenton, VA. Here Ed earned many accomplishments, his proudest one was when his picture was in The Washington Post. Ed went on to work for JMA, a government contractor with the FAA, because he was not ready to completely retire his love of air traffic control after his retirement from the FAA. In his spare time, Ed had a passion for coaching little league for his grandson and best bud, Oliver “Ollie." Ed’s other passions included fishing, biking, golfing, and building things around the house. Ed was predeceased by his parents. Ed is survived by his wife Mary S. Gannon, his son Edward “Eddie” S. Gannon, his daughter Ashley (Gannon) Knight and her husband Gabe, and his grandson Oliver S. Knight. He is also survived by his sister, Katherine Gannon, brother Richard Gannon and wife Charlotte, brother Hugh Gannon and wife Brenda, brother Patrick Gannon, and brother Thomas Gannon. A visitation will be held on Saturday, November 27, 2021, from 2:00-4:00 PM at Pierce Funeral Home, 9609 Center Street Manassas, VA. A memorial service will be held on Monday, December 20, 2021, at 12:00 PM at Pierce Funeral Home.

The family of Edward "Ed" Joseph Gannon created this Life Tributes page to make it easy to share your memories.

Send flowers to the Gannon family.