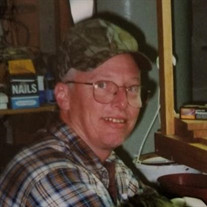 Douglas (Doug) B. Jaynes, 69, of Manassas Va. passed away February 3rd 2022. He was born in Washington D.C. to Jo Ellen (Daugherty) and Franklin H. Jaynes Jr. Doug grew up in North Springfield Va. and graduated from Annandale High School in 1970. After school he enlisted in the U.S. Air Force and was also a member of the National Guard. On May 22, 1982, he married Susan L. Chandler, with whom he had three children. He retired from a lengthy career with Raytheon in 2010. Doug was a walking encyclopedia and had a remarkable sense of humor. His passions included relic hunting, history, grilling, fishing, and playing music with his brother-in-law Horn in The Stone River Band. Like his father before him, he became a master woodworker specializing in handcrafted replica antique furniture. Through his career with Raytheon, he discovered a fondness for the UK and continued to visit after his retirement. He enjoyed traveling with his cousin Tim Hatfield to Pamplona, Spain and their yearly “Goat” hunt to Wheatland, Wyoming. While at home he loved spending time with family and hanging out at Fred and Son’s with Fred Chandler Sr., Fred Jr., and many close friends. Doug was an avid fan of the Washington Nationals and enjoyed watching games with his sons and grandson. Doug is preceded in death by his parents, father-in-law Melvin Wayne Chandler, brother-in-law Steve (Horn) Langhorne, and close cousin Ted Hatfield. He is survived by his wife of 39 years, Susan Jaynes. Sons, Matthew, Kevin, Sam (Madison), grandson Bradley Jaynes, and his mother Jennifer Perryman. His brother Mark Jaynes and sister Christine (Russ) Talbot. Nephews, Ryan, Michael (Alexe), Patrick (Katie), and Tyler Talbot. Great nephews, Jacob, and Brady Talbot. Great niece Anna Talbot. Mother-in-law Johnna T. Chandler. Sisters-in-law Lois Chandler, and Terry Langhorne. Aunts Judy Daugherty, and Beverly Wallner. Cousin Tim Hatfield, with whom he had a close bond, as well as numerous extended family members and friends. He also leaves behind his loyal four-legged friends, Sadie aka Cow-Dog, fishing dog Buddy, Rosey, and Zeke. Doug was a devoted brother, husband, father, grandfather, and friend. He will be dearly missed by all who knew him. A celebration of his life will be held at a later date. In lieu of flowers donations can be made to Jamestown Rediscovery Foundation at Jamestown Rediscovery | Jamestown Rediscovery Foundation (networkforgood.org)

The family of Douglas B Jaynes created this Life Tributes page to make it easy to share your memories.

Send flowers to the Jaynes family.