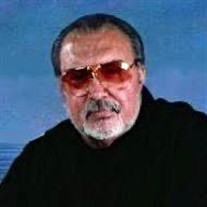 Not sure what to send?

Donald Herrick Sparkman Jr. passed away peacefully on Wednesday, June 15, 2022, at the age of 78. Don was born in New Orleans, LA on August 7, 1943 to father Donald H. Sparkman Sr. and mother Yvonne Lyons Sparkman. As an Air Force Bratt, he attended 13 schools in 12 years, but always referred to New Orleans as home. Don’s passions included graphic design, writing, cars, and music. His 37 year graphic design company, Sparkman and Associates, received international attention and countless awards and recognitions. He was a true trailblazer in his field. He was an author of several books, one which was translated into other languages. In his free time, he could be found writing his next book, jotting down clever taglines for local businesses, spending time with his family, or listening to anything from Frankie Valley, Bee Gees, Roy Orbison, Motown or Doo-Wop. Don was known for his quick wit, sense of humor, and compassion for family, friends, and animals. His advice and calming spirit were sought after and will be missed immensely. Don is survived by his loving wife of 58 years, Kay; children Catherine and Suzanne; grandchildren Kylie and John Paul; brother David; and son-in-law Mike. A celebration of life is planned for Sunday, August 7, 2022 from 1 - 4, on Don’s 79th birthday, at his home in Bristow.

The family of Donald Herrick Sparkman Jr. created this Life Tributes page to make it easy to share your memories.