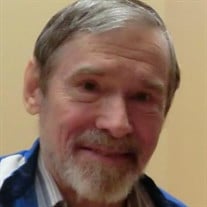 Dennis M. Miller—Age 82 Beloved brother, uncle, Godfather, and great-uncle. Longtime resident of Alexandria passed away at Sunrise Assisted Living of Mt. Vernon on Nov. 7, 2021. He was predeceased by his parents, survived by two brothers, Kevin (wife Gloria) and Kerry of Virginia and a sister, Kathy (husband Bob) of New Jersey. He also leaves a cousin, Sherry of Virginia, and a cousin Virginia of Michigan, six nephews, three nieces, eight grandnephews, four grandnieces, his life-long friend Mike and Mike’s mother Jackie (Denny’s “second mother”). He had a varied career mainly in the computer field which included programmer at a federal savings and loan association in Washington DC, Computer Systems Manager for the American Textile Manufacturers Institute, Director of Membership Services/Manager of Data Processing for the International Association of Fire Chiefs in Washington DC., as well as overseeing programming/system analysis for Marymount College, and serving as lead consultant for DKM Research in Virginia. He was a member of Data Processing Management Association and a member of National Capital Area Pick Users Group. He had a very inquisitive and analytic mind and an ongoing interest in science, aerodynamics, physics, and astronomy, and was known as “Mr. Fix-it” by his parents and others and often served as the official photographer for family functions. His interest in astronomy started in grade school with his first real telescope obtained in middle school. This hobby continued throughout his life including a trip to observe the August 21, 2017, solar eclipse and acquisition of a more capable telescope. His scientific interests covered a wide range including participation in an informal “rocket club” in high school making home-made rockets that would reach altitudes of over 500 feet. He also “dabbled” in nuclear fusion experiments with home-made devices that reached internal temperatures in excess of 50,000 degrees. Uncle Denny was active in his nieces’ and nephews’ lives, introducing them to Star Wars and James Bond, and celebrating birthdays, sports, and family events with them. Dennis also enjoyed a wide range of outdoor activities including participating in numerous long-distance races with friends, motorcycling, and scuba diving with his brothers and friends. He is mostly remembered for his generous giving heart. He was always ready to help anyone in need whether it be driving them across county to assist with a move, helping them do their taxes, installing/fixing their computers, providing transportation and monetary assistance or just a friendly listening ear. His Catholic faith was very important to him, and he was a faithful member of Good Shepherd Catholic Church in Alexandria. Donations in his memory may be made to Good Shepherd Catholic Church, 8710 Mount Vernon Highway, Alexandria, VA 22309 or Catholic Relief Services, PO Box 17152, Baltimore MD 21298-8552. A Mass of Christian Burial will be held at Good Shepherd Catholic Church (address above) on Friday, December 3, 2021, at 11:00 AM followed by a gathering to celebrate his life at Pema’s Restaurant, 8430 Richmond Highway, Alexandria, VA.

The family of Dennis Michael Miller created this Life Tributes page to make it easy to share your memories.

Send flowers to the Miller family.