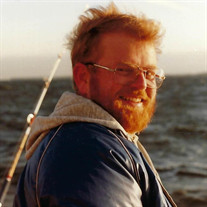 David Alan May, 75, of Manassas, Virginia, passed away on Monday, February 21, 2022. He was born in Newport, Rhode Island to Leslie and Anne (Henderson) May on September 1, 1946. Dave grew up in a military family, moving frequently as a child. He graduated from Belton High School in 1964 in Belton, Texas. He attended Southwest Texas State before moving to Morton, Illinois where he met his wife, Eileen. He joined the US Navy Reserves where he was based in San Diego, CA. While on active duty, he served on the USS Halsey which was the flagship of its fleet and toured to the Gulf of Tonkin in 1968. After serving for the United States Navy, Dave worked for Caterpillar Tractor Company based in Morton, IL. He later worked for General Telephone Company and the Farmers Co-Op of Morton. Dave was active in the Jaycees serving as treasurer and president. Dave and his family moved to Richmond, VA in 1984 where he worked for MG Industries. He transferred to the Washington, DC area in 1986 with his company where he worked in the welding and specialty gas industry. While working in the industry, he started Mid-Atlantic Farrier Supply based in Aldie, VA and retired from the Air Gas East in 2016. Dave enjoyed fishing, golfing, wood working, antiquing, and traveling. He loved spending time with his family and five grandchildren. He had an amazing, loving, joyful personality that will be missed by all who knew him. Dave has joined his parents, Leslie and Anne May, and sister, Catherine VanWagner, in the presence of God. He will be greatly missed by his loving wife, Eileen, of almost 55 years; his three sons Dennis and his wife Jennifer, Michael, and Stephen and his wife Erin as well as five grandchildren: Hannah, David, Margaret, Bradley, and Matthew. A memorial service will be held for Dave at 3:00 PM on Saturday, March 12, 2022 at Pierce Funeral Home (9609 Center Street, Manassas, Virginia 20110). in lieu of flowers the family suggest that a donation in his memory be made to Alzheimer's Association.

David Alan May, 75, of Manassas, Virginia, passed away on Monday, February 21, 2022. He was born in Newport, Rhode Island to Leslie and Anne (Henderson) May on September 1, 1946. Dave grew up in a military family, moving frequently as a child.... View Obituary & Service Information

The family of David Alan May created this Life Tributes page to make it easy to share your memories.

David Alan May, 75, of Manassas, Virginia, passed away on Monday,...

Send flowers to the May family.