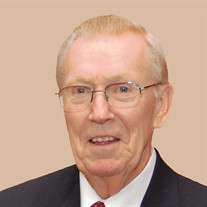 Charles Thomas Lemmon, Sr., 85, of Manassas, Virginia, passed away on January 17, 2022, of natural causes. He was born on November 17, 1936, in Chicago, Illinois to the late Margaret and Charles F. Lemmon. Raised in Burke, Va., Mr. Lemmon’s family moved to Brentsville, Va., when he was a teenager. Mr. Lemmon graduated from Osbourn High School, where he was a member of the Senior Honor Society and a school bus driver. Interested in farming from an early age, Mr. Lemmon also was active in the 4H Club. Mr. Lemmon graduated Strayer College with an accounting degree and went to work for the National Education Association, where he met his wife, Irma Elizabeth Reno. They raised a family of six children while Mr. Lemmon pursued a career in construction. He was a proud member of the International Union of Operating Engineers Local 77, where he was admired and respected by both labor and management. He began as an apprentice crane operator, and quickly rose through the ranks to management, retiring after working for many years with Crane Service, Inc., and Addison Crane. In retirement, he continued his 50-year service as a member of the Board of Trustees of the Union. Mr. Lemmon also served a term as President of the DC Metropolitan Subcontractors’ Association, and a term as President of the Consulting Constructors Council of the Associated General Contractors. He previously served as Staff Sergeant in the Air National Guard. He and his family were members of All Saints Catholic Church for many years. Mr. Lemmon is survived by his wife of 62 years, Irma (Reno) Lemmon; his children, Charles Lemmon, Jr., Angela Lemmon Horan (Robert), James Lemmon (Sandra), Catherine Lemmon, John Lemmon (Lisa), and Mary Ellen Bokanovich (Scot); grandchildren, Niki Bokanovich, Michael Lemmon, Amanda Lemmon, Scot Bokanovich, Jr., Tori Lemmon, Samantha Lemmon, Matthew Lemmon, and Maggie Horan; 5 great-grandchildren; and sister, Sarah Ann Riggins (Norman). Services are private. In lieu of flowers, please consider making a donation in loving memory of Charles Thomas Lemmon, Sr. to the American Heart Association and the American Cancer Society.

The family of Charles Thomas Lemmon Sr created this Life Tributes page to make it easy to share your memories.

Send flowers to the Lemmon family.