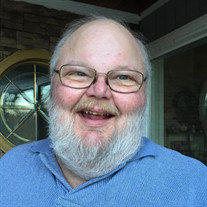 Charles “Bucky” Barton Sills passed away on Tuesday March 2nd of complications due to heart disease. He was 63 years old. Bucky was born on January 22, 1958 in Alexandria, VA to parents Cecil and Marie Sills. He married his wife Melinda on November 3, 1984 and was happily married for the duration of his life. Bucky was a contractor, builder, and entrepreneur, working with his wife and two brothers, Jim, and Bo, to run the family real estate business which was started by their parents Cecil and Marie. In 2019, the business was named Business of the Year by the City of Manassas Park, where it is headquartered. Bucky was a serial hobbyist, with avid interests in shooting sports, firearms instruction and coaching, woodworking, and barbequing. He pursued each of his hobbies with inspiring vigor, frequently involving his family and friends in his ambitious endeavors. He was proud to have trained an Olympic gold medalist in 10-meter air rifle. Bucky was also a tremendous contributor to his community, serving as a volunteer fire fighter and firearms instructor, and frequently barbequing at charity events. Bucky is survived by his wife Melinda, his three children Ryan, Andrew, and Amanda, his grandson Mason, his children(-in-law) Paul, Jillian, and Katelyn, and his brothers Jim and Bo. He will be dearly missed by his many friends and colleagues through his participation at the National Rifle Association and the Arlington-Fairfax Chapter of the Izaak Walton League of America. He will be remembered for his lively, boisterous personality, his dedication to friends and family, and his impressive accomplishments as an entrepreneur and hobbyist. His family intends to hold a celebration of his life with family and friends at a future date. In lieu of flowers, to celebrate his love of animals and coaching please donate to: • Deepwood Animal Rescue Fund (checks payable to DARF and mail to 7300 Ordway Rd., Centreville, VA 20121) • Centreville High School Air Rifle Team (checks payable to CVHS Rifle with memo note “Bucky Sills” and mail to 6001 Union Mill Rd., Clifton, VA 20124) which he helped found

Charles &#8220;Bucky&#8221; Barton Sills passed away on Tuesday March 2nd of complications due to heart disease. He was 63 years old. Bucky was born on January 22, 1958 in Alexandria, VA to parents Cecil and Marie Sills. He married his wife... View Obituary & Service Information

The family of Charles "Bucky" Barton Sills created this Life Tributes page to make it easy to share your memories.

Send flowers to the Sills family.