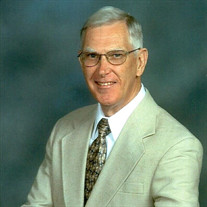 Carleton York Hill Jr., age 80, of Palm Coast, FL, passed away at his home on Tuesday March 22, 2022. He was born October 2, 1941, in Manassas VA, a son of the late Carleton York Hill Sr. and Virginia Lou Carter Hill. For the past 22 years Mr. Hill had been a resident of Palm Coast, coming from Dale City, VA. He graduated from Damascus High School in MD and then attended Kansas City Technical Institute. He enlisted in the U.S. Army and was a proud member of the 3d Infantry Regiment (The Old Guard), Honor Guard Company at Fort Myer, VA. He was assigned to the “Regular Firing Party” and participated in the funeral of President John F. Kennedy and was the Sargeant in charge of the Firing Party at Gen. Douglas MacArthur’s funeral. After his discharge, he worked 28 years as a Central Office Technician for Verizon (formerly C&P Telephone Company of Washington DC, formerly Bell Atlantic). Working with the newer Digital Switching technology, his duty stations included the Hoover Building (FBI headquarters) and the Old Executive Office Building/The White House in Washington DC. After his retirement, he worked at Ronald Reagan National Airport updating the telecom systems during the extensive 1990’s renovation. A genuine and sincere person, Carleton was more comfortable helping from behind the scenes, believing in helping, not necessarily being heard. Raised in the Methodist faith, he helped restore the Bethel United Methodist Church in Woodbridge VA. Continuing that spirit, he volunteered for Habitat for Humanity, summer school student transportation, and local homeless shelter. Preceding him in death, in addition to his parents were a sister Erlyst R. Brandon and two brothers, Frank M. Hill and David C. Hill. Surviving are his loving wife of 58 years, Gwendolyn P. (Kidwell) Hill, his devoted son Michael S. Hill and his wife Donà of Fredericksburg, VA, and his faithful side kick “Sparky”. The Hill family will receive friends from 11:00 a.m. until 1:00 p.m. on Monday, April 4th with services to begin at 1:00 p.m. at the Pierce Funeral Home in Manassas, VA, with burial to follow in Stonewall Memory Gardens. In lieu of flowers, the family would appreciate contributions to the American Lung Association or the Alzheimer’s Association.

The family of Carleton York Hill Jr. created this Life Tributes page to make it easy to share your memories.

Send flowers to the Hill family.